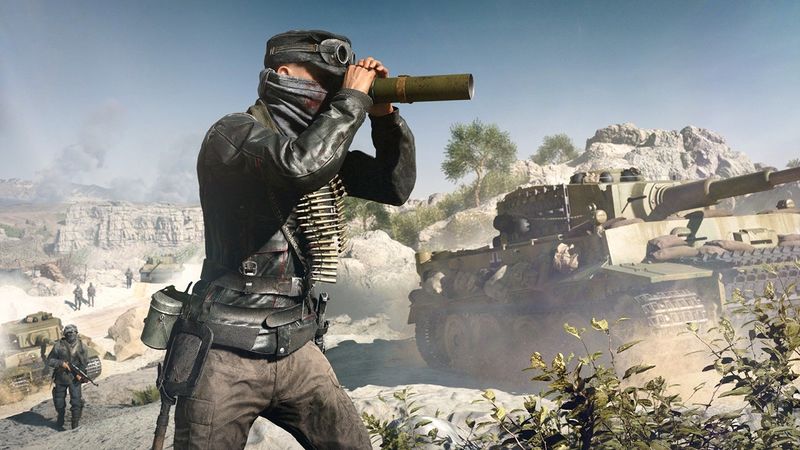 3.9
A slew of Battlefield 6 teasers appear to reveal the setting of the PS5, PS4, Xbox One, Xbox Series X/S, and PC game. While EA has confirmed a new Battlefield game is releasing this year, it hasn't actually revealed the new entry yet. In fact, it hasn't even confirmed platforms, though various reports are indicating it will be a cross-gen release. Whatever the case, whenever it releases, it looks like the game will take players to Kazakhstan. Whether this will be the primary location of the game or just a roadstop, remains to be seen, but it's what EA appears to be teasing.

The teases come the way of the announcement trailer for the game that EA revealed last year at EA play and a secret Battlefield 5 skin that can only be acquired by completing an equally secret challenge.

The first of these two teases, the announcement trailer, features some hidden numbers, which, when punched in as GPS coordinates, bring you to Kazakhstan. By itself, this would be hardly noteworthy, but the aforementioned skin has a medallion with numbers on it. And where do these numbers take you when you punch them into a GPS? That's right, Kazakhstan. Of course, this could be a coincidence, but the law of probability ranks this as a very unlikely explanation.

As for the country itself, Kazakhstan is one of the largest in the world when measured by landmass and is mostly located in Central Asia, though a smaller portion runs west of the Ural River into Eastern Europe. Interestingly, this isn't very far away from where Call of Duty: Warzone and its events are unraveling.

Kazakhstan would be cool.

Getting excited for this release.