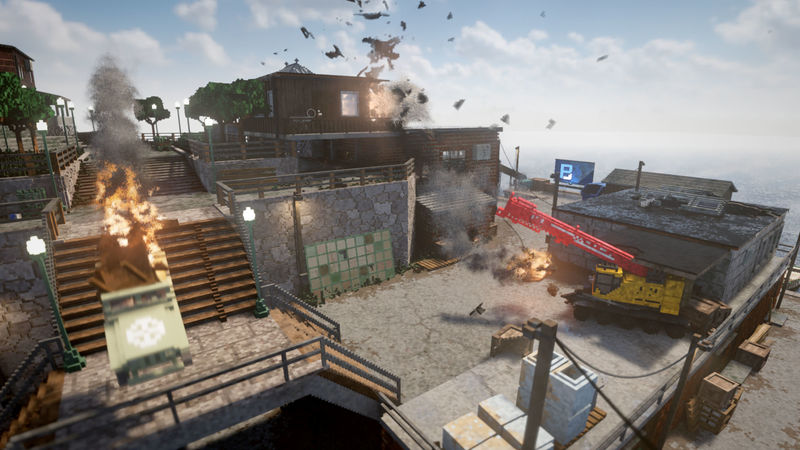 3.9
Teardown, one of the best games of 2020, now has Steam Workshop support for adding new levels and tools of destruction created by the player community.

Teardown entered early access late last year, and I took delight in wreaking calculated havoc through its first stages. The only problem was that developer Tuxedo Labs included a relatively small number of maps in the initial version, which meant revisiting the same locations as you completed the early parts of the story.

Honestly, the game felt worth the price of admission just with that first crop of levels, but with the addition of Steam Workshop support the possibilities are now officially endless. Tuxedo Labs says close to 100 mods are already available for the game, and it highlighted four of its favorites in the post announcing the arrival of Teardown's latest version - including a junkyard map and a recreation of Quake 2's beloved railgun. It's now put to the peaceful purpose of knocking down buildings instead of punching holes in Strogg soldiers; a real "swords into plowshares, but with an instagib rifle" moment.

Make sure to check out the Heist Example map in Teardown's built-in mod section if you're interested in engineering your own creation; it'll show you the basics of how to make a map that's just perfect for utterly wrecking. The update also improves the core physics engine to better handle large amounts of objects, so you can really go hog wild with the destruction.