Florida’s Super Nintendo World has reportedly been delayed until 2025 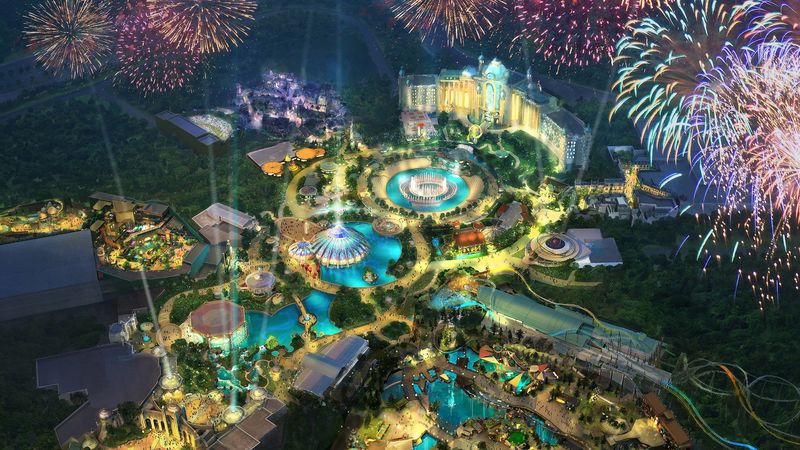 3.5
Florida’s version of Super Nintendo World has reportedly been delayed until 2025, after construction was disrupted due to the coronavirus pandemic.

Work resumed this week on Universal Orlando’s Epic Universe, the site that will eventually be home to Florida’s Super Nintendo World, as well as an allegedly smaller version of Nintendo World planned for Hollywood, which is likely to open first.

Epic Universe is set to be the third theme park at the Orlando resort, joining Universal Studios Florida and Universal Islands of Adventure.

Work on the park was halted in July 2020 due to the pandemic, but construction has slowly started to resume again, with Universal telling CNBC that it will take a few months to get back up to full speed because of the need to re-staff the project.

Although no details have been officially revealed around which other properties will be featured at Epic Universe, executives from Comcast (which owns NBCUniversal) confirmed in January that Super Nintendo World would be one of the lands included.

Epic Universe is being built on a new 750-acre plot of land a couple of miles from Universal’s other parks. For comparison, the entire Universal Orlando Resort, not counting Epic Universe, is around 540 acres in size.

Universal was originally planning to open the park in 2023, and while it hasn’t publicly provided any updates on its schedule, Orange County Mayor Jerry Demings told the Orlando Sentinel that he had been advised by Universal to now expect an early 2025 opening date.

The US is likely to see its first Super Nintendo World much sooner than then, however, with construction on Universal’s Hollywood park looking likely to complete in the next year or two.

As shown in the video below — filmed by Theme Park Wizard — construction has resumed on the Southern California version of Super Nintendo World after a year closure caused by the pandemic. The video shows the framework for Bowser’s Castle and the entrance to what will become the park’s Mario Kart ride.

However, Inside the Magic reports that the land space being used for Hollywood’s Nintendo World is smaller than its Japanese counterpart, which could lead to some attractions being cut.

Yoshi’s Adventure, the family ride which takes place both indoors and outside high above the park, seems to be missing from the construction video.

The world’s first Super Nintendo World attraction recently opened to a limited number of visitors at Universal Studios Japan. The Osaka-based attraction was due to open in Summer 2020 but this was delayed to February 2021 because of the COVID-19 pandemic. A Singapore park is also scheduled to be built in the future.

Super Nintendo World Japan puts an emphasis on the interactivity of its experiences, with each visitor using a wearable wristband in conjunction with a mobile phone app to gamify the park.

As demonstrated in a Nintendo Direct last year, various keys are hidden around Super Nintendo World, which players must solve puzzles to obtain, such as by punching a POW block in time with a moving shell, in order to have it hit the key.

Visitors are able to collect virtual coins and stamps by exploring Nintendo World, and compete with others in real-time for the number collected.

They can view leaderboard rankings via a mobile app that shows the most points earned by park attendees, which can be broken down by day, all-time or for individual rides such as Mario Kart.

According to a report, Universal has already started construction of a new Donkey Kong area in Osaka.

Sucks had to be delayed but covid making everything still delayed.