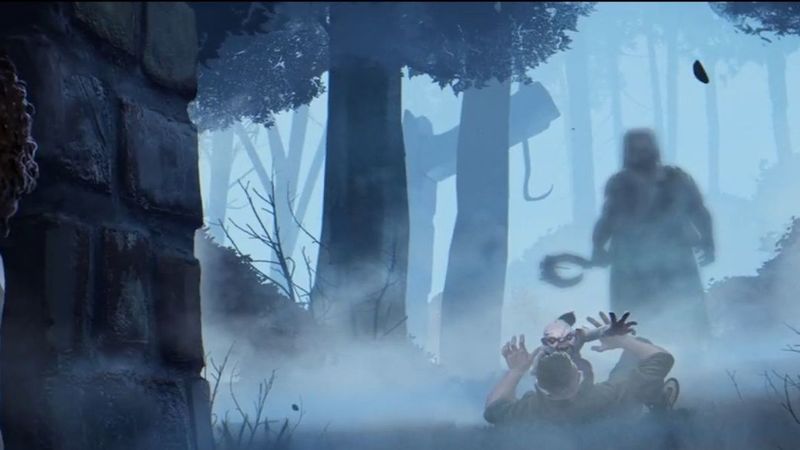 4
After a couple of teases hinting the next Dead by Daylight release, Chapter 19’s Killer and Survivor have finally been revealed. The new Killer is “The Trickster” while the Survivor is Yun-Jin Lee, and like the new characters added before them, each of them has unique perks to set themselves apart from others on the roster. The Trickster is set apart even more from the rest of the Killers by being a ranged character which is seldom seen in Dead by Daylight.

Dead by Daylight developer Behaviour Interactive announced on social media this week the stars of the new Chapter and the release of Chapter 19 on the game’s test servers. Just as players predicted from the teasers, The Trickster is a K-pop character who looks much different from the rest of the Killers. His power that’s been detailed below courtesy of Twitter user and Twitch streamer Sinow shows that he’s able to fling blades at Survivors in rapid succession.

By default it takes 8 blades to damage a survivor, but this add-on could allow for some really cool trick shots by skilled players pic.twitter.com/TPrUjOVqMS


According to the breakdown of his power, he’ll have 60 blades to start with and can throw either a single blade or a flurry of them depending on whether the attack button is pressed or held. Because he can throw blades so quickly, Survivors aren’t immediately moved to a new health state when hit. They have a “Laceration Meter” that changes the Survivors’ health states when filled.

Part two of his Showstopper power is the “Main Event” special ability. While the Laceration Meter feels on Survivors, The Trickster fills up an “Event Meter” with every successful hit from a blade. Pressing the ability button when the meter is full temporarily removes the limit on held blades, increases the rate of speed at which they’re thrown, and removes the movement speed penalty when in the throwing state.

The Trickster also comes with his own set of unique perks. “Starstruck” seems to be the favorite so far as it causes nearby Survivors to be Exposed when you’re carrying a Survivor. “No Way Out” grants the user a token for every Survivor hooked and blocks exit gate switches for eight seconds per token once the final generator is fixed, and “Hex: Crowd Control” blocks a window for 10 seconds after a Survivor performs a rushed vault through it.

While the Survivor Yun-Jin Lee of course doesn’t have a power, the character still brings three perks to the game. “Smash Hit” lets Survivors break into an even faster sprint after stunning an opponent with a pallet, “Fast Track” gives the users a token for every Survivor hooked and uses those tokens on skill checks for extra progression, and “Self-Preservation” hides the user’s scratch marks for a few seconds when a nearby Survivor is hit.

Dead by Daylight’s Chapter 19 content is currently on the test servers for players to preview.

Some of my friends allready love his design.