Battlefield 6 Alpha Will Take Place Earlier Than Ever Before 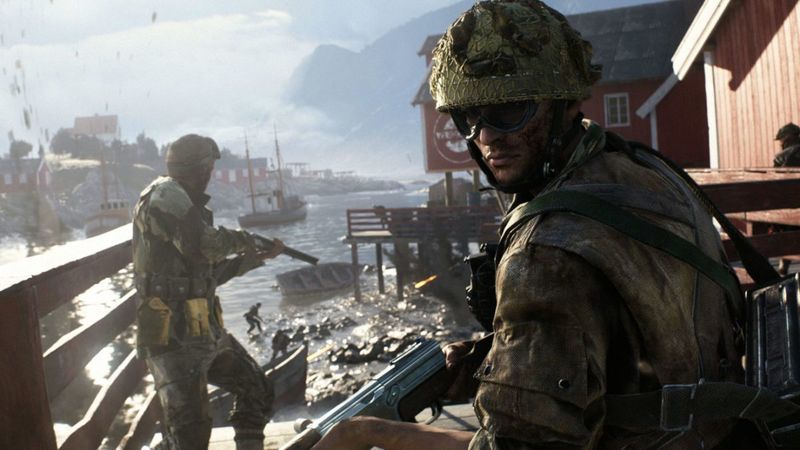 4.4
Alongside today’s news that Need for Speed developer Criterion is now assisting DICE with Battlefield 6, Electronic Arts has provided some more details on this year’s highly-anticipated shooter. Specifically, we have learned that we might be able to get our hands on the game sooner than it was originally anticipated.

In a new blog post on EA’s website, chief studios officer Laura Miele said that it is planning to release a trial version of Battlefield 6 sooner than it ever has before. While Miele didn’t commit to a specific window in which this might arrive, she said that the game’s first technical alpha will roll out at an earlier window. “The project is tracking towards the franchise’s earliest Alpha, the gameplay is at an unprecedented scale, and we are taking full advantage of the technology in the next-gen consoles,” Miele said of the latest Battlefield title. “The team has done an incredible job despite the challenges of working from home. We want to build on our position of strength, focus on the opportunity in front of us, and set our game makers up for success to deliver the best experience possible to our players this fall.”

When looking back on Battlefield V, EA and DICE’s last release in the series, the game’s first alpha phase kicked off at the end of June in the year it launched. Assuming that Battlefield 6 arrives earlier in this window, we could either see the game’s first alpha kick-off in the first portion of June of 2021. Conversely, perhaps a release within April or May is also in the cards, although I wouldn’t get too excited just yet about either of these possibilities.

“We have an exceptional year ahead with our next Battlefield, so we thank everyone for coming together with the energy and determination to do something special,” Miele went on to say in the post. “We’ve recently seen the first version of the reveal trailer for Battlefield and it’s shaping up to be a truly amazing first look at this groundbreaking game. I think fans are going to love it!”

It remains to be seen how Battlefield 6 will turn out this year, but if rumors about the project going back to a modern period end up holding true, then longtime fans of the series will no doubt be happy. Until then, all we know for certain is that the game is set to release at some point this fall and it will be coming to PlayStation 5, Xbox Series X, and PC.

"Battlefield 6 Alpha Will Take Place Earlier Than Ever Before" :: Login/Create an Account :: 4 comments

Give me that Battlefield 6 Alpha NOW!!!!

Hope this BF will be amazing!

Remember when everyone hated modern. Yeah me to.

I really hope that it will be modern and I can't wait to play the alpha so excited it's about time we get a new Battlefield!