The Elder Scrolls 6 May Be Revealed Very Soon 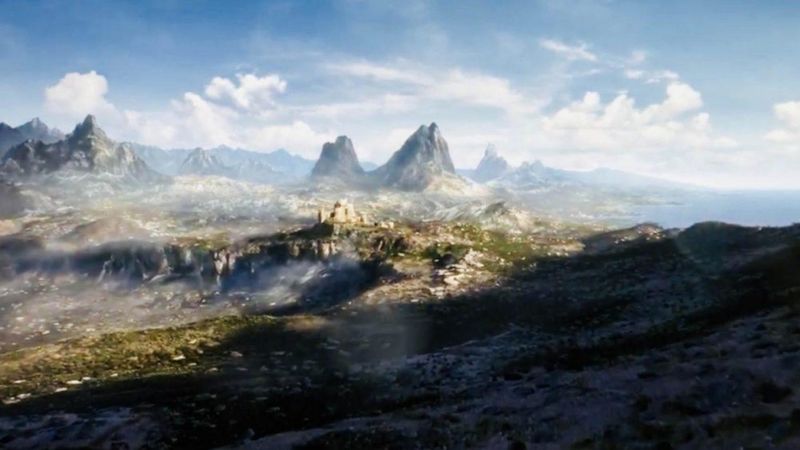 4.1
The Elder Scrolls 6 may be fully revealed very soon, or at least that's what the combination of a new rumor and some speculation suggests is possibly on the horizon. Bethesda announced The Elder Scrolls 6 with a very unrevealing teaser trailer all the way back at E3 2018. Since then, we've seen nothing of the game, and we've heard virtually nothing either. Not only do we still have no release window, but there's no word of what platforms it's in development for other than PC. That said, some or all of this may change soon.

According to industry insider Jeff Grubb, Xbox is currently planning to have some type of Bethesda event once its acquisition of ZeniMax Media, Bethesda's parent company, goes through. Right now, there's no word of when the deal will be finalized, and Grubb doesn't provide a timetable for any of this more specific than soon. Further, Grubb doesn't mention anything about The Elder Scrolls 6, but does note Microsoft and Bethesda will talk more about the deal and what the future of the latter looks like under the former.

Adding to all of this is a new rumor from Microsoft insider Paul Thurrot, who relays word that Microsoft is planning to hold a "what's new for gaming" event on March 23. Now, are these two events related? Well, right now, nobody has an answer to this million-dollar question, but if they are, it's not unreasonable to assume The Elder Scrolls 6 could rear its head at such an event. If they aren't related, then the chances it shows up at this March 23 event are slim. And for now, if the aforementioned Bethesda event is separate and does happen before E3 like Grubb suggests it will, there's no guarantee that The Elder Scrolls 6 will be present there either.

For now, take everything with a grain of salt as it's all information that ranges from unofficial and subject to change to downright speculative.

The Elder Scrolls 6 is in development for PC and right now there's no concrete word of any additional platforms or any type of release date.

"The Elder Scrolls 6 May Be Revealed Very Soon" :: Login/Create an Account :: 0 comments