Oddworld: Soulstorm will be a PlayStation Plus freebie on PS5 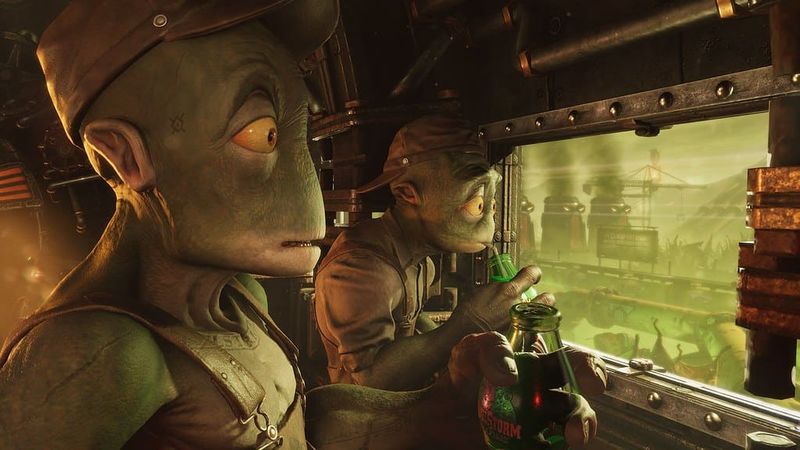 3.8
Oddworld: Soulstorm will be free on PS5 via PlayStation Launch when it arrives this April.

Oddworld Inhabitants announced the freebie at today's State of Play presentation. The game will launch on PS4 and PS5 on April 6, but it will only be a PlayStation Plus freebie on PS5, and only through May 3. After that, you'll need to buy it like normal, but at least it's a cross-gen game meaning one version lets you play on both consoles.

Oddworld: Soulstorm is the latest PS5 game to launch via PlayStation Plus. Games like Destruction AllStars and Bugsnax were also available for free at launch, so it's safe to expect more games with similar limited-time giveaways in the months ahead.

Soulstorm has been in the works for some time, and it looks like a solid evolution of classic Oddworld gameplay, which its developers describe as "2.9D platforming." Today's PS Plus news was revealed alongside some new PS5 footage, and as expected, the game looks and runs great on the new-gen console. It's also harnessing features like the DualSense feedback to up the immersion in cool ways. When you're in a tight spot, old Abe's heartbeat will pulse through the controller, for instance.

If you're uninitiated in the ways of Oddworld, here's creative director Lorne Lanning to catch you up on Abe's latest adventure:

"Our unlikely hero Abe finds himself fresh off the back of freeing his people from the nefarious Rupture Farms," he says. "He thinks the journey is over, but soon discovers it has only just begun. The stakes are higher, the threats are larger, the obstacles are more devious, and it's all made possible by the power of PS5."

"Oddworld: Soulstorm will be a PlayStation Plus freebie on PS5" :: Login/Create an Account :: 0 comments