Halo TV Series To Air on Paramount+ Instead of Showtime 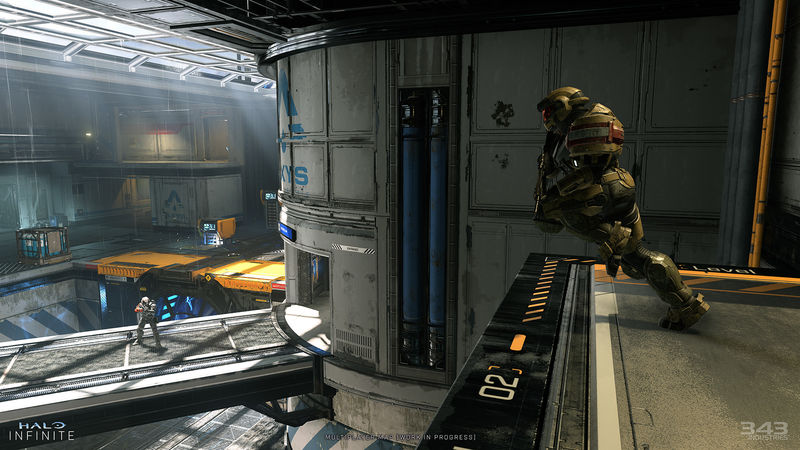 4.4
The upcoming Halo TV Series has a new destination: rather than Showtime, the series based on the popular Xbox franchise will now debut on Paramount+! Announced during today's ViacomCBS streaming event, the series will be exclusive to the new streaming platform. Halo will feature Pablo Schreiber as Master Chief and Natascha McElhone as Cortana. The show will also take place in the world established in the video games. The series is being produced by Showtime alongside Halo developer 343 Industries, and Amblin Television. A firm release date for the series has not yet been announced, but it's expected to debut in the first quarter of 2022 on the streaming service.

The announcement shows the kind of big push that Paramount+ will receive, and should make for a very exciting exclusive! Halo fans have been waiting for nearly two decades to see Master Chief arrive in a major television series, so anticipation should be quite high for the show! The series will apparently focus on the war between the United Nations Space Command and the Covenant, filling in new details. The series will last for nine episodes.

With developer 343 Industries helping to produce the series, fans can likely expect to see a faithful take on the Halo franchise. The developer has been responsible for the last few entries in Microsoft's series, and has a lot of passion for Halo. Video game adaptations in television and film haven't had the best reputation among gamers, but that's clearly changed over the last few years. Big screen successes like Pokemon: Detective Pikachu and Paramount's own Sonic the Hedgehog have proven that video game adaptations can be both faithful and successful.

It remains to be seen whether or not the Halo series will be able to deliver the kind of experience fans have been waiting for, but the series certainly sounds promising so far! With the show now moving to Paramount's big new streaming service, it's clear that Halo is a major priority. That should give fans quite a bit to get excited about in the meantime.

"Halo TV Series To Air on Paramount+ Instead of Showtime" :: Login/Create an Account :: 0 comments