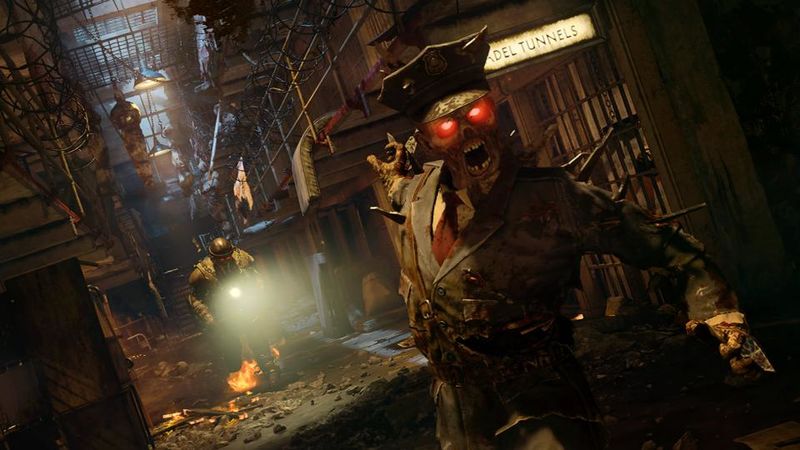 3.8
The Zombies game mode has become a favorite amongst Call of Duty fans in the years since its debut, to the point where some folks get the new installment of the series just to fight against the undead. Exfills and Easter egg challenges have become mainstays in the world of Call of Duty, so much so that many have wondered why the franchise doesn't produce a standalone Zombies game, giving the popular saga room to breathe on its own. It has taken quite a long time to get to this point, but it looks as though a solo Zombies adventure is finally on the horizon.

On Tuesday, known Call of Duty insider Tom Henderson took to Twitter to reveal that a standalone Zombies project is in the early stages of development. According to Henderson, this new title isn't attached to any other Call of Duty project.

There is a separate Call of Duty zombies project in early development, that is currently not connected to any title.


"There is a separate Call of Duty zombies project in early development, that is currently not connected to any title," Henderson wrote.

For those who may be skeptical, the popular Modern Warzone account is standing by Henderson's claim, as he's been accurate on a number of different occasions in the past.

If what @_Tom_Henderson_ says is true, and we have no reason to believe it isn’t, then Zombies could FINALLY be receiving its own standalone game...

Never thought we’d see the day. 🥺 Call of Duty is evolving at light speed right in front of us. #CallOfDuty #Zombies


There is certainly enough lore out there to support an entire Zombies game, as the story of the game mode has continued to evolve throughout the past decade. Every Black Ops installment has added to the Zombies story, with Call of Duty: Black Ops Cold War focusing heavily on the Dark Aether saga. Zombies first began with Call of Duty: World at War, the fifth game in the series.

Call of Duty: Black Ops Cold War is preparing to launch the biggest addition to the Zombies series to-date, as the Outbreak game mode arrives with Season 2 on February 25th. This will take Zombies to a Warzone-sized map as teams of four try to find safety.

Yeah, should've made COD: Zombies as a standalone years ago ffs

But would be good if it is true

I hope this isn't some thing that someone has come up with, so many people have been wanting and waiting for something like this for years, myself included..