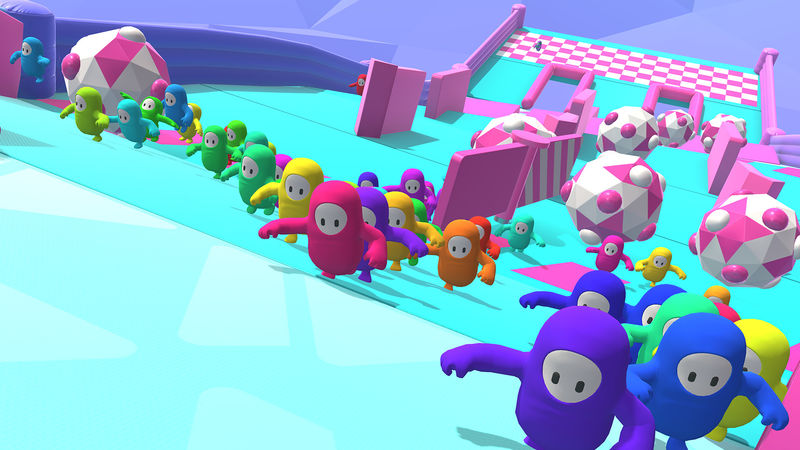 3.6
Fall Guys developer Mediatonic has shared the first details on the upcoming Season 4, and the theme for this newest season is ... the future.

Players will travel to the year 4041, apparently, according to a teaser video. Mediatonic has only revealed the theme for Season 4, so we'll have to wait a while longer to learn about all the specifics about any new content, updates, or new features.

For Season 4, we're traveling to the future...

Giveaway to celebrate:
- Follow us and retweet this tweet
- Finish this sentence in your own words as a reply:#FallGuysSeason4 is

20 winners will get 20 crowns each! 👀 pic.twitter.com/USrruU7LtT


While we wait, Mediatonic has kicked off a giveaway to celebrate the announcement of Season 4's theme. Players can complete the sentence, "Fall Guys Season 4 is ... " and submit their replies on Twitter. Mediatonic will select 20 winners who will receive 20 crowns each.

Fall Guys Season 3.5 is currently going on now, but it is likely soon to end given that Mediatonic has begun to discuss Season 4.

In other news, Cuphead skins are coming to Fall Guys this week, while the game itself is launching on new platforms--Nintendo Switch and Xbox--sometime this summer.

Dave Bailey, the co-founder and CEO of Mediatonic, said the team has only "just scratched the surface" of what's possible for the battle royale title. The original pitch for the game was to create the "greatest game show on Earth," and Mediatonic plans to deliver on that ambition.

"When you think about it in that way, there's a million different ways we can take this and I hope people will see that come through in future," Bailey said.