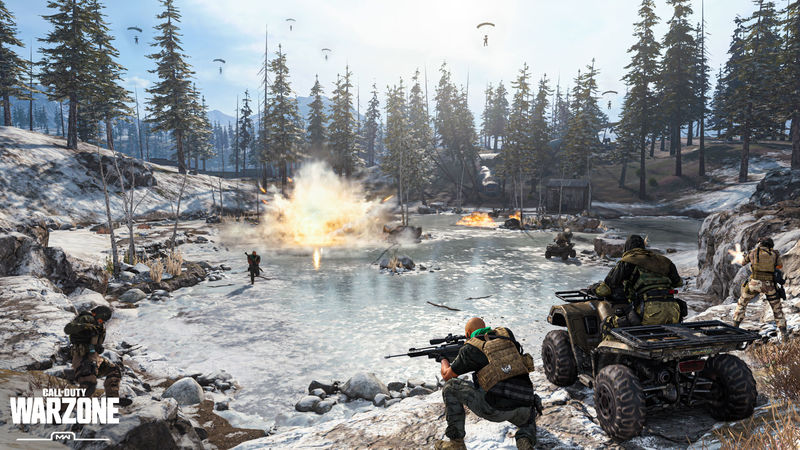 4.2
Actvision and Raven Software are continuing to bring down the ban hammer on Call of Duty: Warzone cheaters. On Twitter, Raven announced that the latest wave of bans has gone out in the game, but it did not specify exact numbers. At the beginning of February, the developer and publisher made clear their intention to make the game more enjoyable for legitimate players, and eliminate those using cheat software. February began with 60,000 accounts deleted, but the last wave of bans did not specify how many were added to that tally, either. Regardless, it seems that cheaters have a big target on their backs!

The Tweet announcing the latest batch of bans can be found embedded below.

We said there’d be more… Another new ban wave has gone out for #Warzone. https://t.co/d2Dy1dXwCd


Activision previously revealed that it was working on a number of anti-cheat measures, including new software, security updates, and a zero-tolerance policy for those that are using cheat software. The company also claimed it would provide players with more frequent updates regarding bans and security measures. With three updates regarding bans this month alone, the publisher has definitely followed through in that regard!

It remains to be seen just how effective these bans will be, however. In the comments for the Tweet above, some players questioned whether or not banned players can simply start up new accounts following these bans. It's unclear whether or not Raven Software and Activision have taken steps to prevent that from happening, but hopefully more information on their methods will be revealed in the coming weeks.

Call of Duty: Warzone has been a great success for Activision and Raven Software, but cheating in the game has been a big problem since its release. If the publisher can't get the problem under control, it could convince some players to abandon the game for other options. Hopefully players will be able to see some noticeable improvements in the game following these efforts!

Call of Duty: Warzone is currently available on PlayStation 4, Xbox One, and PC.