Gears of War 2 Fans Think a Remaster Is Being Teased 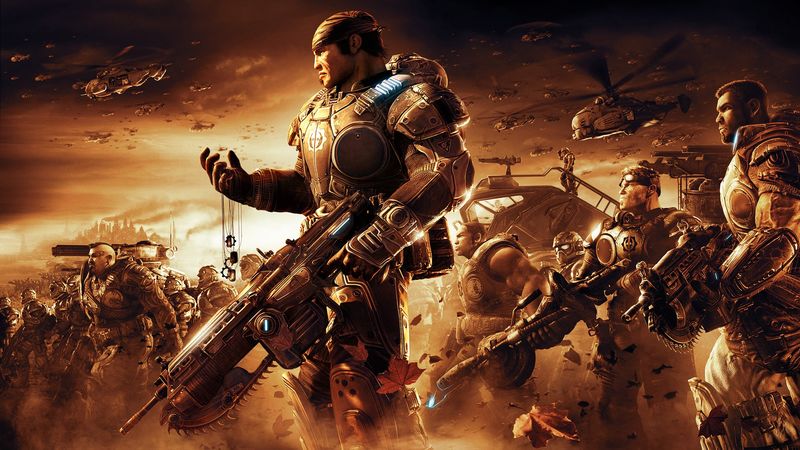 3.6
A strange new teaser from the official Gears of War Twitter account has some fans thinking that a remaster of the second installment in the series could be on its way. While the tease in question is likely associated with a future season of content for Gears 5, that hasn’t stopped many from getting giddy with excitement.

The tease itself was shared this afternoon on social media and came in the form of a lone image. The screenshot in question showed an unidentified hand holding a number of COG tags, which are essentially the equivalent of dog tags in the Gears of War universe. No caption was provided alongside the photo, which made fan theories run even more rampant.

The reason why many fans think that a remaster of Gears of War 2 is what’s being teased here is because the image is quite similar to the box art from the second chapter in the franchise. That game’s cover features one of the main protagonists of the franchise, Marcus Fenix, holding a number of COG tags in his hand. The comparisons between that art and this image, while they aren't exact, are close enough for fans to easily draw comparisons.

As mentioned before, however, it’s very likely that this teaser isn't meant for a Gears of War 2 remaster of any sort. Operation 5 in Gears 5 has been going on for quite some time now, which means that Operation 6 is set to begin relatively soon. With this in mind, The Coalition is likely teasing something here that has to do with the future of Gears 5. But hey, maybe that won’t turn out to be true at all and something else out of left field could be announced in the near future.

So what do you think this teaser is for? And would you be interested in a remaster of Gears of War 2? Let me know what you think either down in the comments or over on Twitter at @MooreMan12.

Be sure to keep reading on if you’d like to see some of the reactions from fans to this tease!


Operation 6 or a Gears 2 Remaster?


This is replicated perfectly. Really hope you lot are working on a remaster. 🤞 pic.twitter.com/z3VdcvFrIl

"Gears of War 2 Fans Think a Remaster Is Being Teased" :: Login/Create an Account :: 4 comments

This would be great. Also be fun to play on PC.

This would be amazing. The campaign was so good

I would love to play this on the PC!