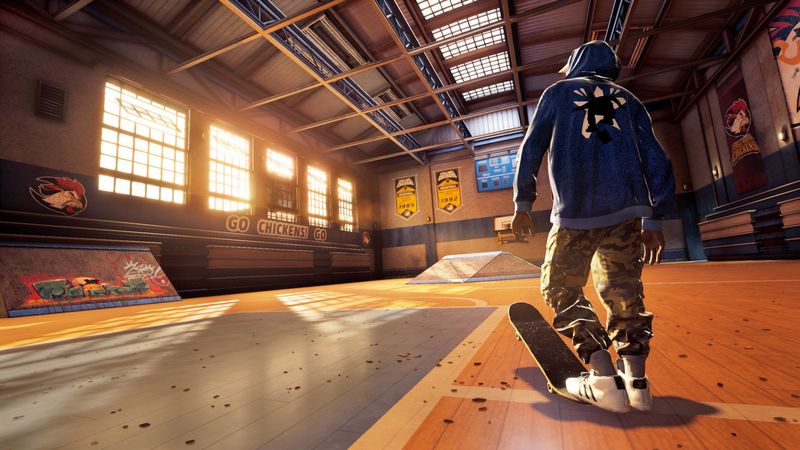 4.5
After teasing the announcement yesterday, Activision has today announced that the popular skateboarding video game collection Tony Hawk's Pro Skater 1 and 2 will officially release for the PlayStation 5, Xbox Series X|S, and Nintendo Switch. The PS5 and Xbox Series X|S versions will launch on March 26th while the Nintendo Switch version has a much broader release window of "2021" instead. Pre-orders are live here on Amazon now.

The next-gen version of Tony Hawk's Pro Skater 1 and 2 includes a bunch of upgrades, including the ability to play the video game at 120 FPS/1080p and native 4K at 60 FPS. According to the announcement, the PS5 and Xbox Series X|S versions will also include "high-fidelity atmospherics" with sharper dynamic shadows, reflections, lens flares, and enhanced textures for skaters.

If this works I owe @CrashBandicoot a customized skateboard… maybe on old-school shape for those big feet.


Notably, players that have already purchased the digital deluxe version of Tony Hawk's Pro Skater 1 and 2 for the PlayStation 4 or Xbox One will be granted a next-gen upgrade at no cost (outside of Japan) on March 26th, while anyone that owns the standard digital versions will be able to buy the Cross-Gen Deluxe Bundle for $10. The upgrade grants access to the skater Ripper, gear for Create-A-Skater, and retro skins for Tony Hawk, Steve Caballero, and Rodney Mullen.

I have the game on PC, pretty fun but I got burned out on it pretty quickly online.