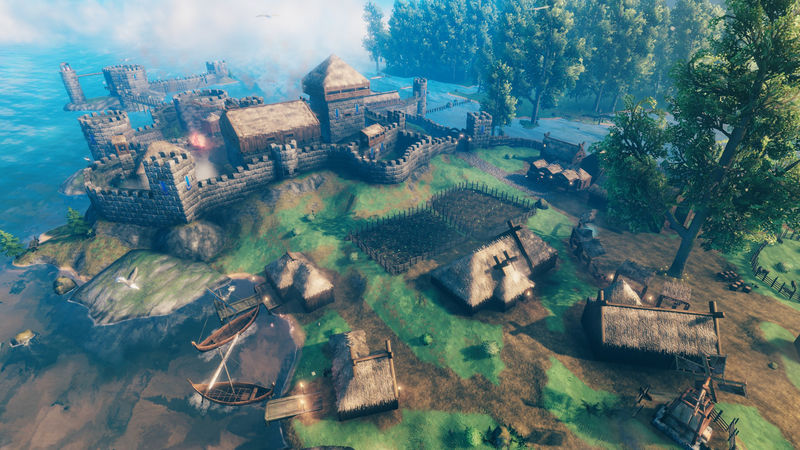 Just last week, we reported that although Valheim only launched on Steam in early access on February 2, it had already sailed past one million players and hit a concurrent peak of 361,281 players.

Just days, however, later it's broken its own record again, this time hitting a peak of 423,546 players according to SteamCharts, making it the third most played game on Steam only after CS:GO and Dota 2.

It's even made it into the top nine biggest games ever thanks to its present concurrent record of more than 423,000 simultaneous players. As we acknowledged last week, while it has a long way to go before PUBG's staggering peak of 3,236,027 players looks to be in jeopardy, it's an astonishing achievement for an early access game nonetheless, not least because it took PUBG months to reach those heights, not days like Valheim.

In related news, the Valheim DLC roadmap recently had a significant update. In an interview earlier this week, developer Iron Gate shared some more information about the specifics of planned title updates and gave us insight into an updated roadmap for the early-access title.

Hearth and Home, the first planned update, will add more when creating your own home. Henrik Tornqvist, co-founder of Iron Gate said: "As the name suggests, this will focus on the house building aspect of the game, with more building pieces and stuff to do in and around the house”.

Tornqvist added the update will “probably” be focused on food preparation aspects of the game, like adding more recipes, but there will also be some things to build inside your shiny new Viking home, too.

If you are playing Valheim, don't forget to back up your progress. A "world-destroyer" bug is resetting characters and worlds and developer Iron Gate hasn't yet been able to squish it.