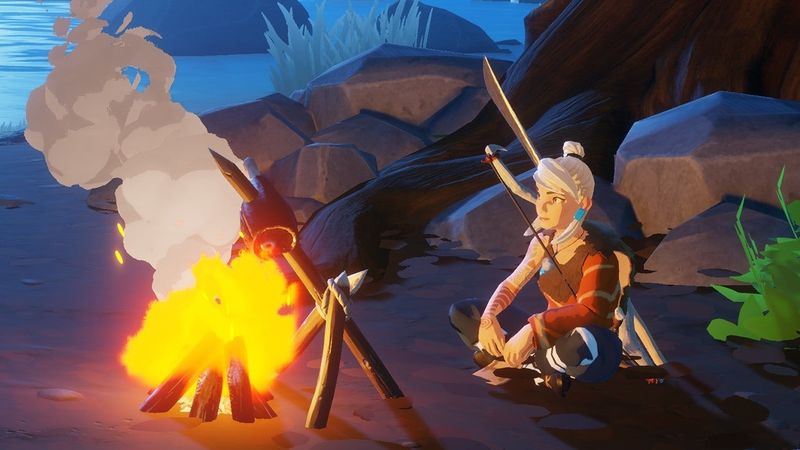 4.2
Exploration and adventure are two elements of video games that appear together quite often. The indie darling adventure game Windbound has been out since August of last year and has received multiple updates and expansions for no charge. The game quite nicely mixes exploration with adventure to great effect. Today, a tweet from the official Epic Games Store Twitter account announced that a new free Windbound update is here.

The tweet in question introduces the new features being added to the game by simply describing them like this:

The only thing on the list that isn’t self-explanatory is “The Loathing.” The Loathing is the latest DLC for Windbound. This will be the third free DLC addition to the game following its previous two expansions from December and October.

The specifics of each game addition aren’t very clear, but Windbound players understand to expect the unexpected. As it’s a procedurally generated world, developers throwing new items and mechanics at players isn’t entirely out of the ordinary.

Along with the list of features, the Epic Games Store tweeted out a short video production diary focusing on the Windbound update. The four-minute video features developers talking about the decision to make the game procedurally generated and how that changed development.

You can pick up Windbound‘s soundtrack right here on Bandcamp and check out this video about the creation of the game’s music.

If you’re looking to grab a copy of the game, it’s currently 50% off on Steam, so now’s a great chance to snag it.