Fall Guys Announced for Xbox Series X|S and Xbox One 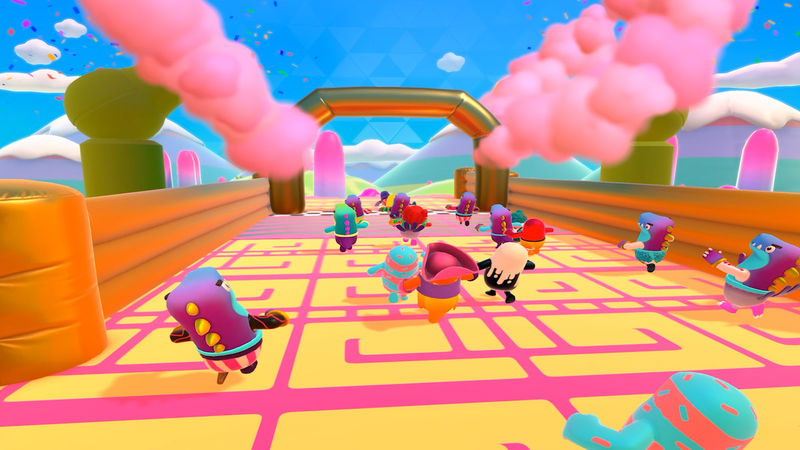 3.8
Fall Guys: Ultimate Knockout from developer Mediatonic is officially coming to Xbox Series X, Xbox Series S, and Xbox One this summer, it was announced today. The new announcement follows yesterday's reveal that Fall Guys would also release for the Nintendo Switch this summer. Previously, the title had only been available on the PC and PlayStation 4, so these two combined double the number of platforms it'll be available on this year.

"Our whole team cannot wait to welcome Xbox players to the Blunderdome for all sorts of bean-based mayhem — it’s certainly been a while coming, but we’re here and couldn’t be happier," said Joe Walsh, Lead Game Designer at Mediatonic, as part of today's announcement. Walsh went on to tease that now is perhaps the best time for Xbox players to get access to Fall Guys in general.

DID SOMEBODY SAY XBOX?

I SWEAR I HEARD SOMEBODY SAY XBOX

🎉 Fall Guys is coming to Xbox Series XIS and Xbox One 🎉

RT if it was u that said Xbox pic.twitter.com/Bl13AitmYE


"There’s a delicious selection of dapper costumes, imaginative rounds, features and improvements in the pipeline." Walsh added, "and I can’t wait to share them all with our lovely new Xbox audience this Summer."

As noted above, Fall Guys is set to release for Xbox Series X|S and Xbox One this summer. Fall Guys Season 3.5 recently launched, adding new variations and more to the popular video game. Fall Guys itself is currently available on both PlayStation 4 and PC.

Good but it a little late now don't you think?

Good it's finally coming over to Xbox series X.