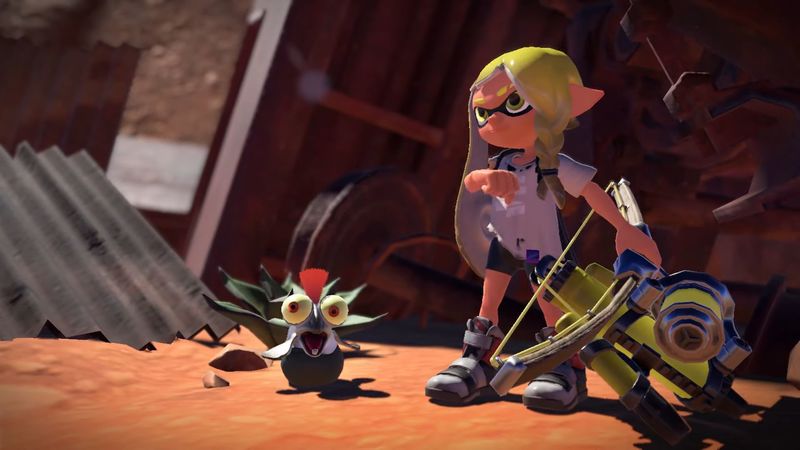 3.8
Nintendo had one last title for its Direct presentation and it was Splatoon 3. The reveal trailer showcased a desert environment called the Splatlands and a unique customization set-up for one’s character. Of course, it didn’t take long to venture to the new Splatsville city and get into 4v4 some competitive play.

While it looks fundamentally similar to Splatoon 2, there were some new weapons in play. Key among them is a bow and arrow along with a neat little crab drone. Other new weapons and moves are promised but players will still be spraying ink in stages and shifting into squid form to traverse the environment and refill their ink gauge.

It’s going to be a while before we can play it though. Splatoon 3 is slated to release in 2022 for Nintendo Switch. Nevertheless, we should hear more about details about it in the coming months or so.