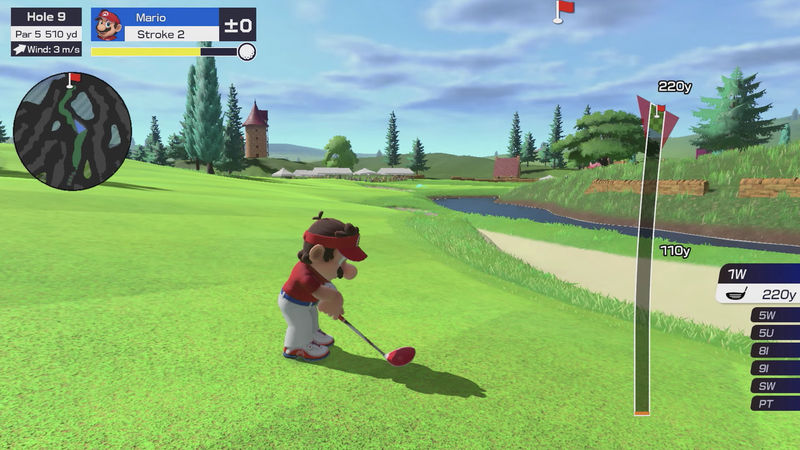 3.7
During today's Nintendo Direct presentation, Mario Golf Super Rush was revealed exclusively for Nintendo Switch. The upcoming golf game is the latest in the Mario sports series on Switch, following 2018's Mario Tennis Aces. Since that game's release, fans have been clamoring for a new Mario Golf, and this one is slated to release on the handheld hybrid in the next few months! Mario Tennis Aces has become one of the best-selling games on the Switch hardware, so it seems like a safe bet that the next Mario sports entry will also be a big success!

As in previous series entries, Mario Golf Super Rush will deliver an arcade take on the sport. Players will have a number of different Mario family characters to choose from, each with their own different strengths and weaknesses. During the Direct presentation, characters such as Mario, Peach, Luigi, Bowser, Waluigi, and Daisy could be seen. While the Mario Golf games tend to feature a number of faithful elements of the sport, there are also Mario-specific options, such as Power Shots.

The game will feature a Speed Golf mode, and the option to play with motion controls. The beloved Story Mode also makes a return from the handheld versions, which should be quite exciting for longtime Mario Golf fans. Last but not lead, players can expect local and online multiplayer options from the game.

The Mario Golf series began in 1999, with entries that released on Nintendo 64 and Game Boy Color. Since then, Camelot has produced multiple games in the series, with the majority releasing on handheld platforms. However, the series has not seen a new entry since 2014's Mario Golf: World Tour on Nintendo 3DS. Mario Golf Super Rush is also the first console entry since Mario Golf: Toadstool Tour, which released on the Nintendo GameCube back in 2003! That's a very long wait, but it seems like the patience of Mario Golf fans is about to pay off in a very big way.

This is a game I could get into!

Lmao I'd definitely end up getting this