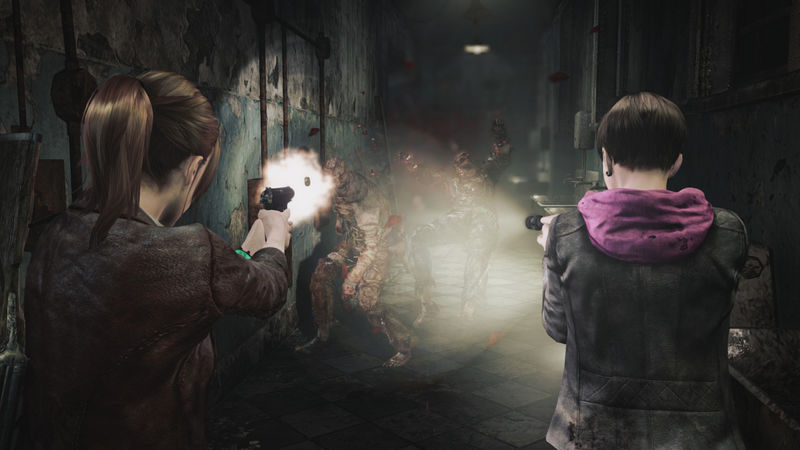 Dusk Golem, who you might be familiar with from past leaks associated with the Resident Evil series, claims that Resident Evil Revelations 3 is coming, but under the name Resident Evil Outrage. Additionally, the leaker also claims that Outrage is launching within a year of Resident Evil 8 (which releases in May 2021), and will be a timed exclusive for the Nintendo Switch.

(2/2) very least. Releases as part of their 25th anniversary celebrations, along with Village, almost definitely going to be a Switch timed exclusive.

But that'll be announced later this year, for now Village is deserving of the attention, and out in just a few months now!


If you're not familiar with Resident Evil Outrage, it was one of the unannounced Capcom projects outed through a ransomware attack on the company late last year. After refusing to pay the ransom demand to hackers, information pertaining to Capcom franchises like Resident Evil, Monster Hunter, and Street Fighter was leaked online, which included Resident Evil Outrage.

In all, it's set to be an incredibly busy 12 months for Resident Evil. Resident Evil 8 launches in May 2021 for both current and next-gen consoles, accompanied by the multiplayer Resident Evil: ReVerse. A Resident Evil movie reboot will release later in September 2021, while Resident Evil Outrage will supposedly launch in late 2021/early 2022. On top of that, a Resident Evil Netflix series is slated for launch at some point in 2021, bringing the total of Resident Evil projects releasing within the next year to five.