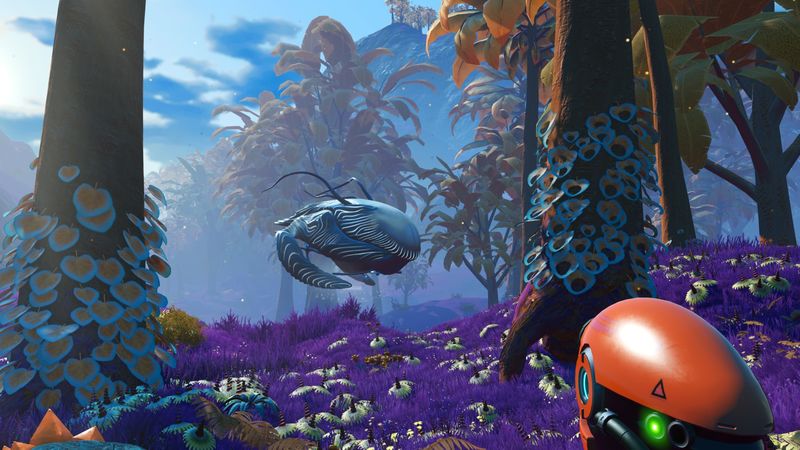 4.3
You can now traverse the universe with companions.

The Companions update for No Man’s Sky is now available to download for free.

Out now for PlayStation 4, PS5, Xbox One, Xbox Series X/S, and PC, the update allows you to tame, breed, train and even speak to the creatures you encounter.

You can adopt the creatures and form close bonds, and they will travel side-by-side with you as you adventure through the universe. You can train them to scan for resources, find hazards, provide light, hunt dangerous fauna, find settlements, excavate buried treasure, and mine for materials.

Treating your companions well will cause them to will lay eggs which can be collected and incubated. You can also use the Space Anomaly’s new Egg Sequencer to genetically modify your companion’s eggs into different species. You can even trade their eggs to fellow Travellers.

Every adopted creature is equipped with a neural harness that connects directly to the Exosuit. This allows your companion’s thoughts to be translated and sent directly to your internal communication channels.

The update also brings improvements to load and warp times for PlayStation 4 players.

You can look over the patch notes for today’s update below.

"No Man’s Sky update adds companions to take with you on your adventure" :: Login/Create an Account :: 0 comments