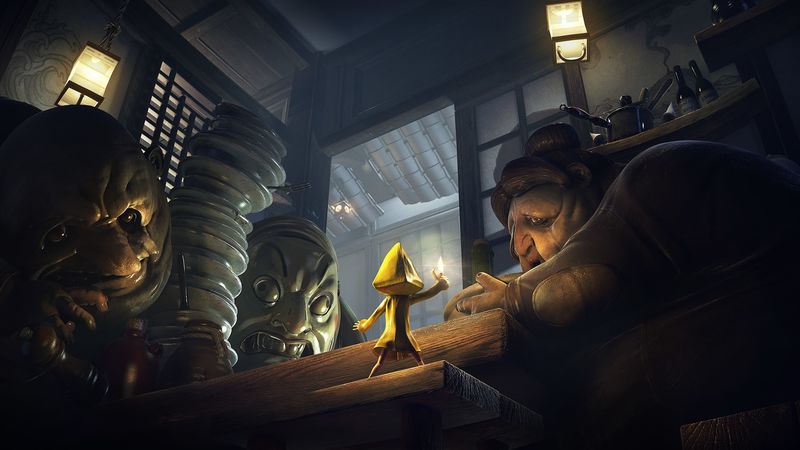 Reddit user u/schlogumann posted in the r/LittleNightmares subreddit that they had spotted a few familiar faces in Chapter 3 of The Secrets of the Maw DLC which we can now see are the villains of Little Nightmares 2.

The teacher from part 2 in the first game’s dlc. from r/LittleNightmares

In a room that features a puzzle involving unflattering portraits of several creepy looking characters, fans can spot The Teacher, The Hunter, and The Doctor. Others have also spotted The Barber in the portraits who was cut (excuse the pun) from the game. However, according to this concept art of the character, he may have been the scariest one of the bunch.

In an interview with GamesRadar, Tarsier Studios’ narrative designer Dave Mervik and producer Lucas Roussel explained these terrifying character designs, stating that they are based on “the exaggerated way that kids see the world” which would explain why The Teacher has such a long neck, in order to see everything that goes on in her classroom.

Although the studio has stated that they want to keep the Little Nightmares story vague to let fans theorize what happens themselves, one thing that does give a clue about the game’s timeline can be found in the Little Nightmares 2 secret ending, which can be obtained by collecting all 18 Glitched Children.