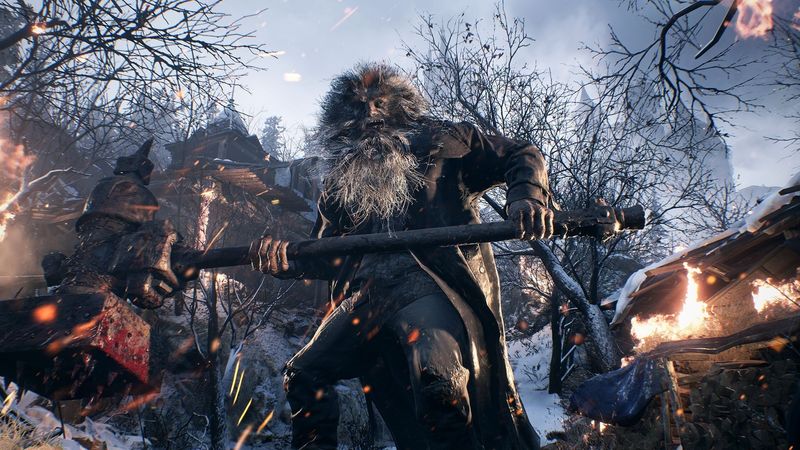 4.3
Resident Evil Village producer Peter Fabiano has been talking up the merits of Capcom’s upcoming survival horror game and the games it’s taken inspiration from.

Though it might be the towering vampire lady, Lady Dimitrescu, making headlines about Resident Evil Village, the developer behind the game knows there’s much more to the game than the now-iconic villainous countess.

Speaking to Official PlayStation Magazine (via Wccftech), the Capcom producer outlined what the development studio has done to ensure the next entry in the genre-defining series is doing to make sure it’s as iconic and memorable as other games in the franchise.

“We wanted to continue to have players experience the game through the eyes of protagonist Ethan Winters. This is a continuation of Resident Evil 7: Biohazard after all,” Fabiano explained to the magazine.

“This really helped to keep our vision on target. And since we are constantly sharing information across Resident Evil teams, that really helped inform us in making what we consider the best survival horror game to date.”

Fans of Resident Evil 4 – considered by many to be a highlight of the long-running series – will be pleased to know Capcom had a particularly close eye on that game, and that the 2005 title had more influence than any other Resi title on the studio’s newest effort.

“You’ll notice we took a lot of inspiration from Resident Evil 4. The team has put a ton of effort into creating a truly authentic feel,” he said. “There are plenty of surprises to keep you on your toes; players will find a balance of combat, exploration, and puzzle-solving.”

It looks like the game has everything it needs to keep fans on their toes, then, whilst living up to the series’ illustrious legacy.

I really can't wait for resident evil Village it's going to be so fun.