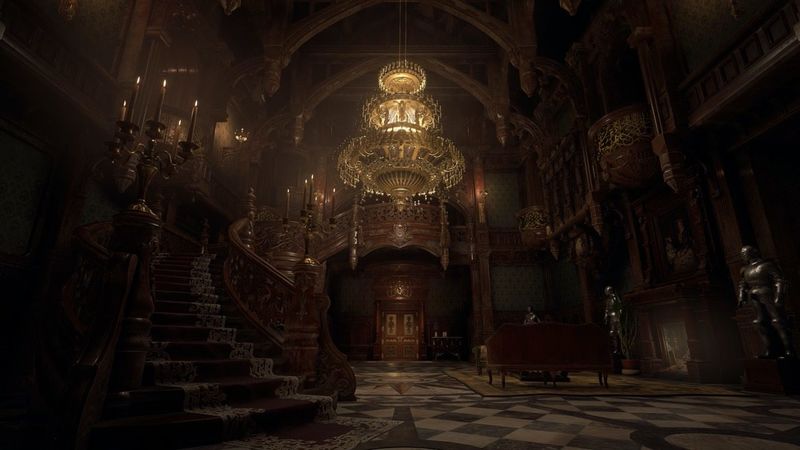 4.3
As we approach the May launch of Resident Evil Village, Capcom have been revealing more new details about their highly anticipated survival horror game. Recently, a feature in the March 2021 issue of the Official PlayStation Magazine (issue 185) has revealed a bunch of new details, from the length of the game to why Ethan Winters is returning as a protagonist, and that same piece has also given us several new pieces of info on story and gameplay.

Where the former is concerned, producer Peter Fabiano assures that even though Resident Evil Village seems to have a lot of supernatural stuff going on with creatures and monsters that have more than a few similarities to vampires and werewolves and what have you, it’s still very much going to be a Resident Evil story, and will be heavily connected to the series’ lore as it continues the tale of Resident Evil 7.

“We don’t want to spoil too much of the story but what I can say is that the creatures all fit within the context of Resident Evil’s world,” Fabiano says. “We can assure you that Resident Evil Village takes into account the overall world and history of the series.”

Meanwhile, interesting gameplay details have also emerged. The castle, which we’ve seen plenty of in footage (and in the Maiden demo) will have lots of secrets, hidden pathways, and more. Exploration will, of course, be encouraged, with lockpicks returning as a mechanic- there will be a limited number of them, like RE7, which can be used to open certain locks to get additional items and resources. Meanwhile, similar to the bobbleheads in RE7, the Mr. Raccoons in RE2, and the Charlie Dolls in RE3, Resident Evil Village will have goat totems scattered throughout the game, and smashing them all will earn you a secret.

Combat will also introduce plenty of variety, addressing a key issue with Resident Evil 7. While it’s been abundant already that there’s going to be plenty of enemy variety in Village, different enemies will also demand different strategies. Some can be shot and killed directly, some need to be damaged using the environment, while some you will just have to run away from.

Finally, Fabiano has also confirmed that Resident Evil Village will also be implementing the unique haptic feedback and adaptive triggers of the PS5’s DualSense controller. “You’ll really feel the features come to life when using weapons, such as the pull and feel of firing a gun,” says Fabiano. Features specific to the console’s SSD and 3D audio have also been confirmed.

Resident Evil Village is due out on May 7 for the PS5, Xbox Series X/S, PS4, Xbox One, and PC.