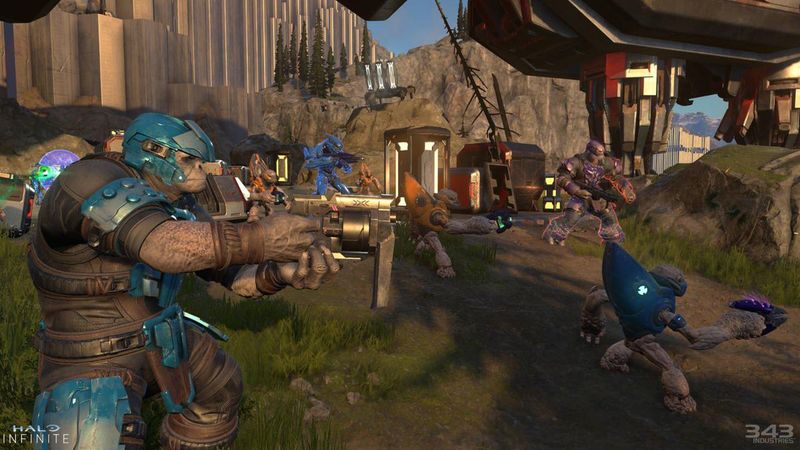 4.3
In a new Q&A video, 343 Industries developer Quinn DelHoyo teases a "never-before-seen" weapon that will be in the Xbox Series X, Xbox Series S, Xbox One, and PC game at launch. Unfortunately, DelHoyo doesn't say much else about this weapon, but suggests it will fill the void left behind by the standard shotgun, which has been removed in favor of a new automatic shotgun, dubbed the Bulldog.

Speaking about weapons, DelHoyo confirmed that both new and classic weapons will be added to the game after launch, and of course, pre-existing weapons will be regularly tuned and updated. That said, we won't have to wait until after the game releases to see more new weapons. DelHoyo confirms that there are new weapons 343 Industries has yet to reveal that will be available at launch.

Unfortunately, there's no word if the classic shotgun will ever be any of these weapons. DelHoyo notes there's room for the gun in sandbox mode, but right now, it sounds like it won't be coming to multiplayer. If it does, it will play as it does in classic games, or at least that will be the aim. DelHoyo notes the team wants to ensure all legacy weapons feel like they used to.

More so than with Halo 5, you get the sense 343 Industries is not only being extra deliberate with everything they are doing with Halo Infinite, but paying a bit more respect to the series' legacy, which is the reason why Halo Infinite exists in the first place.

There's no denying Halo was a far better and more popular product back when Bungie was at the helm, so if you're 343 Industries, it's smart to tap into these legacy titles as much as you can.

Halo Infinite is in development for Xbox One, Xbox Series X, Xbox Series S, and PC, and is set to release worldwide sometime this holiday season.