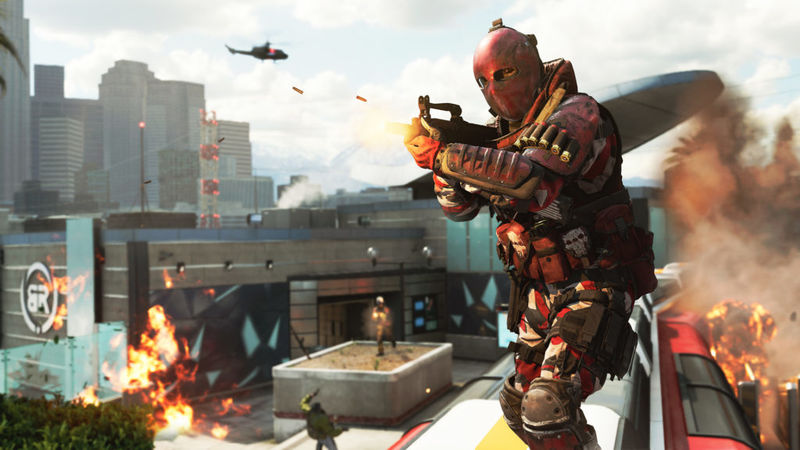 4
US consumer spending on video game hardware, content and accessories reached a January record $4.7 billion in 2021, according to data from market research firm NPD Group.

Nintendo’s console sold the most units, with the highest volume of sales for any platform during a January month since Wii in 2010. Nintendo’s system has now been the best-selling console in the US for a record 26 consecutive months.

Sony’s supply constrained PS5 was the best-selling hardware in terms of dollar sales, with the highest total in a January month since Wii in 2009.

On the software front, January’s chart was led by 2020’s best-selling game, Call of Duty: Black Ops Cold War. The title, which launched in mid-November, already ranks among the top 20 best-selling games in US history, Piscatella said.

Publisher Activision recently announced plans to release a new premium Call of Duty game in the fourth quarter of 2021 and claimed that the Call of Duty franchise has generated $27 billion in lifetime sales since launching in 2003.

Assassin’s Creed: Valhalla was January’s second best-selling game in the US and is now the second-fastest selling series entry behind Assassin’s Creed 3. The same is true on a worldwide basis, publisher Ubisoft said earlier this week. 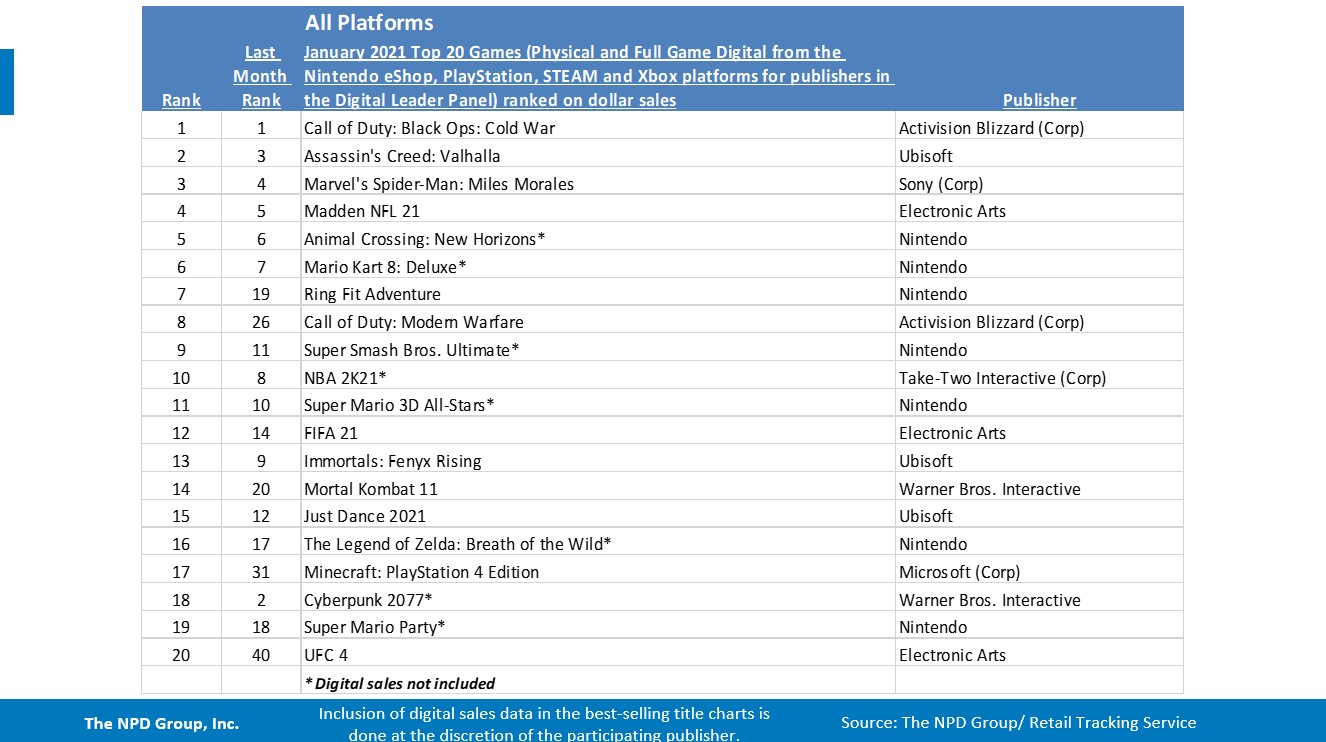 Marvel’s Spider-Man Miles Morales, Madden NFL 21 and Animal Crossing New Horizons rounded off the top five on January’s US software chart, which didn’t include any new entries in the top 20.

"Black Ops Cold War is already a best-selling game in US history" :: Login/Create an Account :: 4 comments

ahh yes people, give the selfish company ur money, good 1

I'll never know how it's trash

wow thats pretty wild. They pulled a great marketing tactic with the cross progression on warzone imo I feel like that made a lot more people want to buy the game also a lot of time being spent in doors and on electronics due to covid feel like that might have played a huge role in this as well.

I'm actually surprised cod is stil selling so much tbh