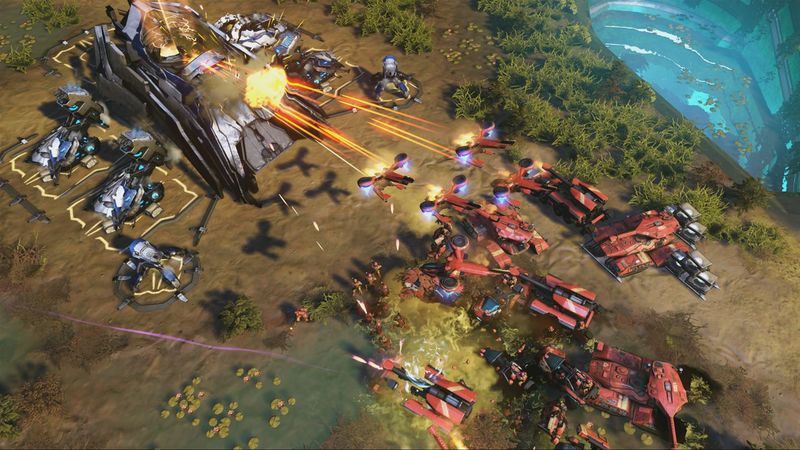 4
Just a few days ago, a new job listing appeared at 343 Industries that seemed to indicate that the studio had a new Halo game in development outside of Halo Infinite and Halo: The Master Chief Collection. Upon first glance, many thought that this could potentially be a sequel to Halo Wars 2, but now, this notion has been shot down entirely.

In a new blog post on the Halo website, 343 Industries talked about the future of Halo Wars 2 and made clear that work on the game is now complete. Nearly four years after first launching, 343 confirmed that it has now finished releasing new updates, patches, and other content for Halo Wars 2 as a whole. “It’s not always easy to be open and transparent – particularly when we expect it’s not an answer the community wants to hear – but we want to give it to you straight: 343 Industries has no current plans for further Halo Wars 2 work including content updates, balance patches, bringing the title to other platforms, or a new game in the series,” said the blog post in question. “We will, however, continue to monitor the game and ensure everything is working as expected.”

While it was made clear that no sequel to Halo Wars 2 is currently in the cards at 343 Industries, the studio also didn’t shoot down this idea altogether. “But, we’re specifically never going to say never because, well, who knows what the future may bring,” the post went on to say. “If you told me back in the day that the totality of MCC would land on Steam or Halo 3 would get content updates 14 years after launch, I’d never have believed it and yet here we are. We know constantly waiting and wondering is equal parts frustrating and exhausting, so we hope this clarity helps alleviate some of that and we want to set clear expectations that there is no work happening on Halo Wars.”

As a whole, this isn't really shocking to hear, but it does make things that much more interesting when it comes to 343's secret Halo project. If it isn't associated with Halo Wars, then what other spin-off could this be? Only time will tell, I suppose. Until then, if you haven't already played Halo Wars 2, it's accessible on Xbox One, Xbox Series X, and PC.

Halo Wars one wasn't to bad but wasn't the greatest. I can see why number 2 isn't in development.

I never enjoyed the first one, glad they aren't coming out with another one!