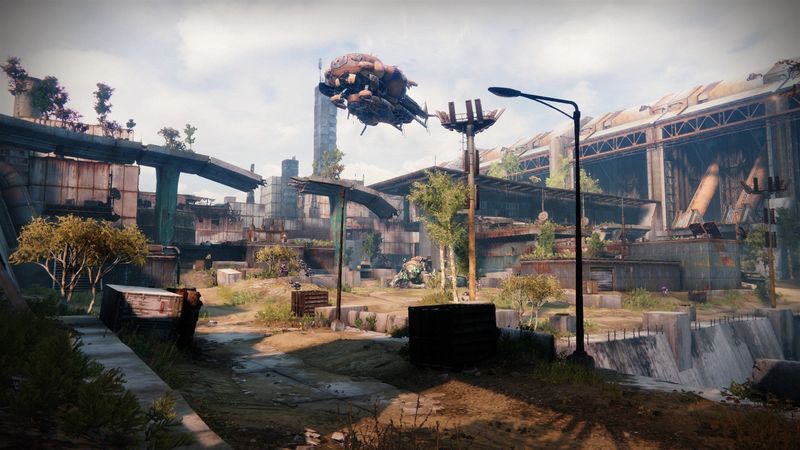 4.1
Bungie is no longer planning to expand the Cosmodrome patrol zone in Destiny 2 and will instead prioritize new content for future seasons.

"As we approached Beyond Light’s launch, it became clear to us that we had a choice to make," Bungie said in its latest blog post. "After returning all three of its original strikes, do we invest more time and resources in bringing Cosmodrome to D1 parity or do we switch our focus to building new experiences for Year 4 and beyond? Given that we believed we had achieved our original goals and knowing the community and team’s desire for new content, we chose the latter option.

"But, when we made that decision, we failed to properly update your expectations for how far the Cosmodrome experience was going to be extended and that was a mistake. So, to clear things up: With the Devil’s Lair and Fallen S.A.B.E.R. strikes returning, we don’t have any active plans to add more to the Cosmodrome than what is there [and] will be focusing on new updates overall."

When the Destiny Content Vault was first announced, Bungie outlined a roadmap for how legacy content would be unvaulted, starting with the release of Cosmodrome in Destiny 2 and leading into the return of the Vault of Glass (which is still scheduled for some time in Year 4). The first phase of the plan saw one classic Strike and a chunk of the Cosmodrome – what's currently explorable in-game – return alongside Beyond Light, while phase two added two nostalgic Strikes in Season 13. However, phase three, which would see Destiny 2's version of the Cosmodrome "fleshed out to roughly Destiny 1 Year-1 parity" has now been cancelled.

In other words, Destiny 2's Cosmodrome isn't getting any bigger. Bungie has no plans to expand the patrol zone or add more supporting content to the destination like Lost Sectors or quests. Instead, it will focus on new content for future seasons. However, Bungie maintains that it "will continue to use the Destiny Content Vault to drive variety in the live game in the future."

Personally, I can't say I'm terribly disappointed with this news. The Cosmodrome was a nice hit of nostalgia, but just as new guns are better than reissued guns, new content is better than legacy content.