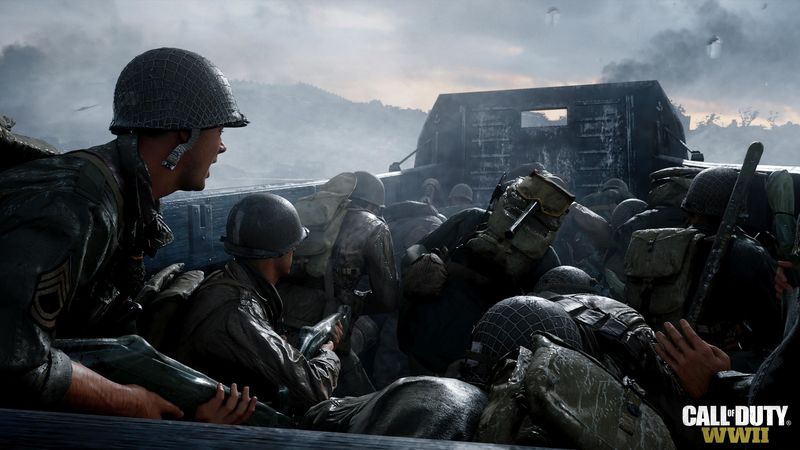 3.9
While Call of Duty: Black Ops Cold War just released at the tail-end of 2020, rumors are already starting to spread about 2021's entry in the franchise. According to a new rumor from the ModernWarzone Twitter account, it seems that the next series entry will be developed by Sledgehammer Games. The developer has previously worked on games like Call of Duty: WWII, Advanced Warfare, and Modern Warfare 3. This news has yet to be confirmed by Activision, but ModernWarzone seems to be fairly confident in the rumor's authenticity. Hopefully, fans won't have to wait too much longer to hear official word!

The Tweet from ModernWarzone can be found embedded below.

The next #CallOfDuty title is 100% being developed by @SHGames.

While this information isn’t official, it doesn’t need to be taken with a grain of salt. https://t.co/4kHqmbaiAs


Sledgehammer Games has not commented on the Tweet above, but it's worth noting that the developer is currently hiring for a number of different roles, with more than 90 openings as of February 3rd. That doesn't necessarily indicate that the developer is working on this year's game, but it does seem to be gearing up for something big! Outside of assisting on Black Ops Cold War and Modern Warfare, the team has not been the primary developer on a Call of Duty game since 2017's WWII. That would give the team four years between full releases, and there were three separating Advanced Warfare and WWII.

With Black Ops Cold War bringing things back to the '80s, it will be interesting to see the setting for the next Call of Duty game. If Sledgehammer truly is working on Call of Duty 2021, the developer has experience creating games set in the modern era and during World War II. Activision might want to focus on the present before jumping into another game set in the past, but it seems just about anything is possible.

For now, Call of Duty fans will just have to wait patiently! Fortunately, there should be enough content in Black Ops Cold War and Warzone to keep fans satisfied for quite some time.

It's obviously sledgehammer. Literally only 3 company's involved and we've had the other two for 3 years now...

I hope it will be a good COD. Only time we tell but I think it will be.

I'm not surprised Sledgehammer is developing the game, I just hope it doesn't include exo or gets a lot of scrapped material.