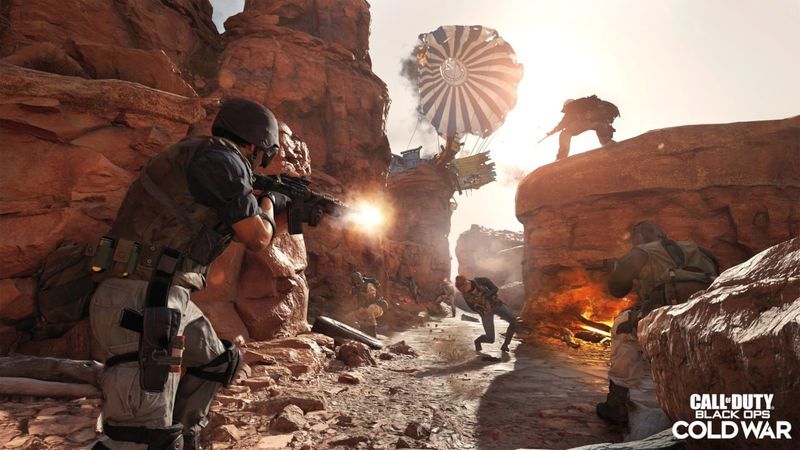 3.5
Call of Duty: Black Ops Cold War is reportedly getting a new "open-world Zombies" mode dubbed Outbreak. The report comes the way of Okami, a prominent Call of Duty insider and leaker who has provided reliable reports and leaks on Modern Warfare, Warzone, Black Ops Cold War, and more. Taking to Twitter, Okami not only revealed that the mode is on the way, but that it's "coming soon."

Unfortunately, Okami doesn't divulge a ton of details, let alone details of the salient variety, however, what they do note is that it's "supposed to be Treyarch style, co-op zombies on a large-scale Fireteam map." Adding to this, Okami notes that they've heard the mode described, presumably by sources, as "open-world Zombies." And this is where the details end.

Since Okami shared this, the report has been backed up and echoed by several other Call of Duty insiders, suggesting there are legs to the claims. However, for now, everything here should be taken with a grain of salt. Everything here is both unofficial and subject to change.

Don't know all the details but it's supposed to be Treyarch style, co-op zombies on a large scale Fireteam map.

I've heard it described as "open world zombies," so take that for what you will.


At the moment of publishing, neither Treyarch nor Activision have commented on any of this, and it's unlikely this will change. However, if the report is accurate, then we should hear more, and official, details on this in the coming weeks.

This sounds like it could be so sick ngl

Not sure how good it will be on the Fireteam maps but I will definitely give it a try.