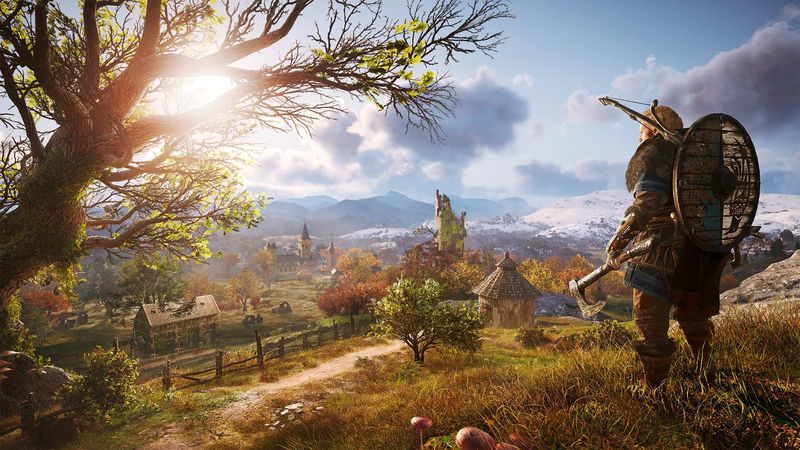 3.8
Ubisoft is facing intense backlash from players over Assassin’s Creed Valhalla‘s microtransactions. Over the last week, multiple threads full of complaints on sites like Reddit went viral, where fans expressed displeasure over the fact that half of the game’s armor sets are behind a pay wall, and some of the content in the “overpriced” in-game store actually affects gameplay.

Players are also frustrated because they claim that they have received lackluster post-launch content as Ubisoft continues to prioritize microtransactions. In addition to this, many of Assassin’s Creed Valhalla‘s issues remain unresolved.

“Even those among us who spent over a hundred dollars on the collector’s edition have gotten very little content over these last few months,” wrote Redditor Zuazzer. “Like, all we’ve really gotten is a nice but kind of lackluster event, and a bunch of bug fixes. Meanwhile Ubi just keeps adding ridiculous s*** to the microtransaction store, just milking the whales of their money with content that only a very small percentage of players will actually get to enjoy.”

Zuazzer added that when players finally received an event-exclusive armor set, it was “literally a reskin with some blood splatters on it.”

Ubisoft was previously criticized for adding XP boosts to Assassin’s Creed Valhalla after the game was reviewed by the press and released to the public. The developer justified its move by saying that it wants to give players the option of advancing their progression faster as post-launch content gets added to the game.

Ubisoft has yet to respond to the latest complaints.

I think they should just get rid of microtransactions as a whole, it has become total nonsense overtime..