Ninja threatens to quit Fortnite for good over stream sniping 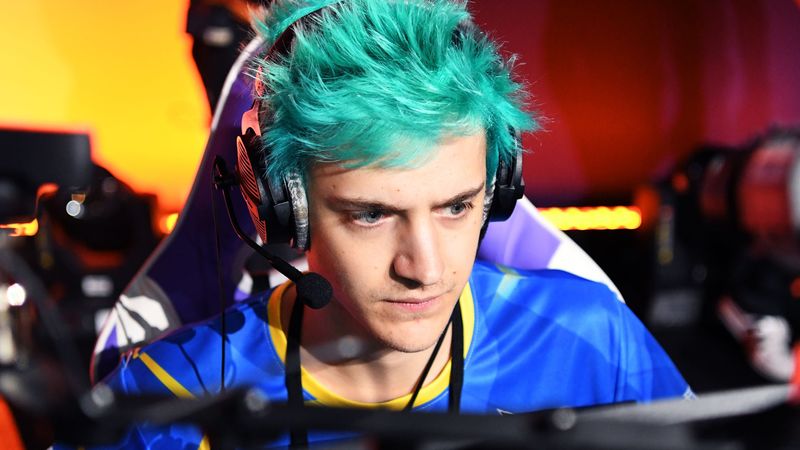 4
Tyler "Ninja" Blevins' recent return to Fortnite didn't go too well, with the prolific streamer threatening to give up the game for good after being allegedly stream-sniped four games in a row.

While he broke into fame through Epic's battle royale, it's been a hot minute since Ninja played Fortnite on the regular, moving on to games like Valorant. Don't get used to the blue-haired streamer playing Fortnite again, though—after being allegedly sniped by the same player several games in a row, Ninja threatened to quit playing or streaming the game, something he reckons will ultimately damage Fortnite's popularity.

"It’s the same kids, bro," Ninja said, (via Dexerto). "Get out of my game. Get away from me. You’re not proving anything by going into a f**king game and running to someone, and when you know, they’re in a fight with somebody and f**king killing them.

"The thing is, these f**king clout-chasing losers, they have no idea. All they’re doing is just harming the game because I’m not gonna f**king play it. I’m not gonna play it—I'm not gonna stream it."

Granted, you can see where he's coming from. A YouTube breakdown claims that replays show players travelling by car across the entire map to hunt down Ninja. Besides, when you're one of the biggest streamers around, there are bound to be folks looking to take advantage of your footage.

But it also feels facetious to claim that leaving the game will ultimately damage Fortnite. Yes, Ninja was an instrumental early voice in the game's scene—eventually rewarded with his own skin—but it's been a while since the streamer's been solely associated with Fortnite. Last year, he even floated moving away from streaming towards movies and voice-acting.

Honestly, all power to him for moving on from a game he's not having fun with. I'm sure Fortnite will continue to survive well enough without him.

cool, idk anyone who still cares for him anyway.

Maze Some people might say he deserves this or it's just what happens to big streamers but that's mad annoying, especially in battle royale games where streaming sniping makes a huge difference. Epic owes so much to big streamers they should just pay 1 person to sit in the big streamers streams and ban cheaters

Fun fact Apex Legend devs have started doing this when someone is going off or blatantly cheating the streamers literally ask the dev [hideouts] on discord to come watch lol and the best part is when the cheater gets banned they burst into a deathbox out of nowhere on the spot. It's not full proof but it's slowly helping the game recover. Tbh I wish more game devs did this nowadays it helps the game and it's content/hilarious. Majority of the stream snipers on Apex rage hack so yeah idk about other titles.

He wont be missed at all, he's just different these days.. cynical

does anyone really care

Didn't the guy just beat life with the millions he's got. Granted stream sniping is annoying af but I'm sure there's better ways of going about it

Fortnite never got my attention.

Maze Some people might say he deserves this or it's just what happens to big streamers but that's mad annoying, especially in battle royale games where streaming sniping makes a huge difference. Epic owes so much to big streamers they should just pay 1 person to sit in the big streamers streams and ban cheaters

Seems like companies don't care. Lets say someone does kill him off drop and next game they happen to run into him later down the road, is that worthy of a stream snipe? How many times do they get to kill a streamer before they get banned? Its a weird grey area.

At least in apex they have a guy people can send in videos of hackers. Ive and my friends gotten plenty of them banned but there's a worse hack out at the moment that's crashing streamers and showing slurs if you view their profile.

I highly doubt that he will do this, but even if he does the game has been dying slowly anyways..