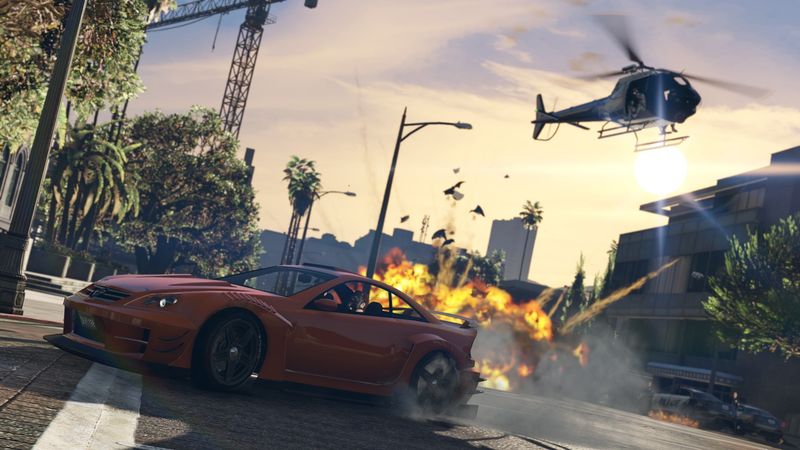 4.4
The latest update to a GTA Online role-play server pushed Grand Theft Auto 5 to the top of the Twitch charts this week. For a hot minute, the open-world game was being watched on stream by over 400,000 people.

The end of January, a new trailer heralded the release of the NoPixel 3.0 GTA RP server, a GTA Online server designed for role-playing in a makeshift San Andreas. Players can be criminals, cops, regular people just making ends meet, whatever, all existing in this MMORPG game-like ecosystem. The server is made using the FiveM modding framework, and upheld by a dedicated team of volunteers.

The server is open, but you have to apply via the NoPixel website to be cleared for entry, with a waiting time of two to four weeks. This somewhat limited availability has worked out, however, because on Friday, 413,000 viewers were tuning into creators on Twitch playing Grand Theft Auto 5. Part of NoPixel’s charm is that it’s communal, you watch content creators, then go enter the world yourself, everyone sharing in the experience. The peak it created indicates quite a stir among the playerbase, given that’s four times the current amount playing the crime game.

GTA 5 is the #1 game on Twitch for the launch of NoPixel 3.0 GTA RP. an entirely community developed and maintained GTA mod with no help from Rockstar is keeping the game more relevant than ever pic.twitter.com/BGrVk8iLxD


Just a couple of weeks ago, another creative GTA 5 player revealed a Burnout 3 remake that will (hopefully) one day be playable in GTA Online. Clearly, the sky’s the limit for this community, and the audience ready to watch it all happen.

hmmm, might have to try this rp server out.


Well the thing with this FiveM is way better than regular GTA with all the servers your able to get into. I haven't played regular GTAV but FiveM only.


Well the thing with this FiveM is way better than regular GTA with all the servers your able to get into. I haven't played regular GTAV but FiveM only.