World of Tanks is headed to Steam 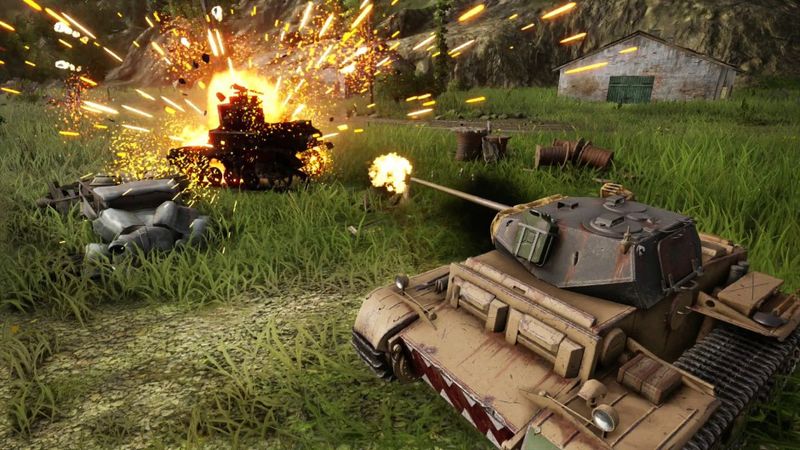 3.6
Button up that hatch, driver, and move out: the free-to-play tank ’em up World of Tanks is coming to Steam. Developer Wargamer says its massively multiplayer tank game will be appearing on Steam later this year, and the page is up now, ready for wishlisting.

Thus far, World of Tanks has only been playable on PC by using Wargaming.net’s proprietary Game Center launcher. When the Steam version arrives, new players will be able to jump in that way and join the more than 160 million players worldwide who have taken to the field in one of World of Tanks’ 600+ armoured vehicles.

World of Tanks isn’t a tank sim – this is about getting straight into the action, so you won’t have to go through any lengthy training to get rolling on your own set of tracks. But there’s plenty to learn: earning currency by fighting, you can unlock new vehicles and technology, gradually earning yourself some of the most powerful mid-century tanks ever fielded by military forces around the world.

Since its initial launch in 2010, World of Tanks has added new game modes, new maps, and tonnes of new vehicles. Last year it added its first-ever battle pass, which grants premium account access, blueprint fragments, and everything in between.

The Steam version will only be available to new accounts, but Wargaming says it will offer all the features of the original version.

“We’ve always wanted to make sure World of Tanks was available to everyone, so it’s a natural step that we welcome the Steam community to our family,” said Max Chuvalov, World of Tanks’ global publishing director.

"World of Tanks is headed to Steam" :: Login/Create an Account :: 0 comments