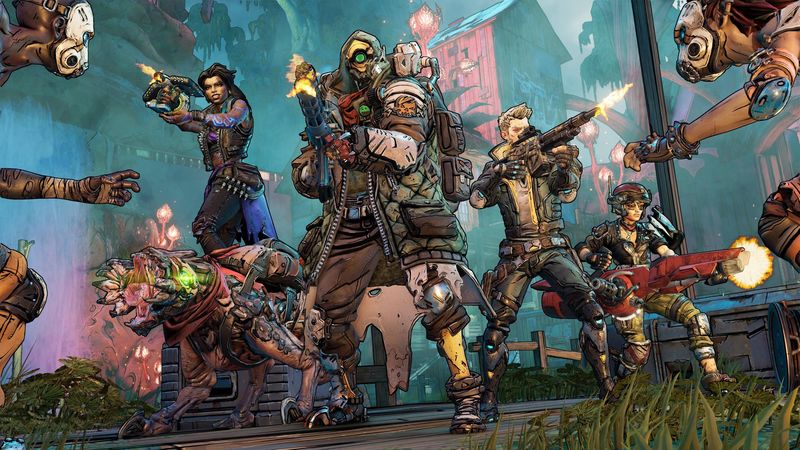 3.9
Borderlands 3 has news to share soon with another big DLC reveal planned for later this month. Gearbox Software teased this week that it’ll be bringing back The Borderlands Show on February 10th for the full reveal of the Borderlands 3: Director’s Cut add-on which will mark the first time we’ve seen more of that content. Missions, end-game content, and more will be shown off during the show.

This edition of The Gearbox Show will bring the first major Borderlands 3 news that we’ve heard of in a while regarding the new DLC or otherwise. Past episodes of the show have been pretty revealing when it comes to what’s included in these DLCs through both gameplay, commentary, and other ways of exploring the features, so the same sort of experience is expected from the episode planned for February 10th.


“With regular hosts Greg Miller and Fran Mirabella from Kinda Funny and Mitsu from the Borderlands Creator Team, you'll get to see additional missions, end-game content, behind-the-scenes extras, and more!” Gearbox said about the big reveal planned for February 10th. “The gang will also be chatting with returning guest Randy Varnell, Head of the Gearbox Story Group, to deep-dive on Borderlands lore and discuss the making of the new story missions.”

The Director’s Cut DLC makes up the second half of the game’s second season of content. The first half included the Designer’s Cut which added a new game mode called “Arms Race” as well as some new skill trees for the four Vault Hunters, in case you’re looking for an indication of what you might can expect from the next DLC. Borderlands 3: Designer’s Cut has not received positive reviews on Steam with overall reviews ranked as “Mostly Negative,” however, so hopefully the second DLC will offer more content that the community finds agreeable.

In related Borderlands news, the developer of the series, Gearbox Software, was just recently acquired by the Embracer Group company which owns other game studios like THQ Nordic GmbH and Deep Silver. Gearbox Software will continue to make the Borderlands games itself under this new ownership, and 2K has committed to continue publishing the games.

juno I put about 8 hours into the game & really enjoyed the time I had. A little late on the DLC though..

In 8 hours you probably didn't even finish a single play through, never mind level a character to max and start a build. There are 4 DLC's out now for it already and they are bringing more. I'd say try it before you knock it as you barely even touched the game.

Games good and super fun with a buddy I recommend it

I put about 8 hours into the game & really enjoyed the time I had. A little late on the DLC though..

Never played this one yet. Apparently it's good but not sure on if I wanna buy it yet