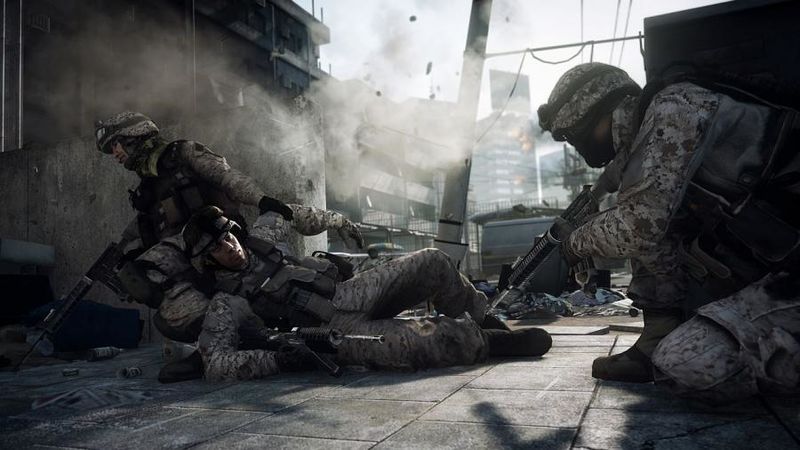 3.4
According to EA, Battlefield 6 will be revealed this spring, and is still expected to release -- likely via the PS5, PS4, Xbox One, Xbox Series X, and PC -- this fall. As you would expect it to, today during its earnings call, EA briefly teased Battlefield 6 to its investors. Unfortunately, it didn't have much to say, but it did promise those listening that the game will be properly revealed sometime this spring, which like means sometime between March and May.

In addition to this, EA also teased that the game will take full advantage of the PS5, Xbox Series X, and Xbox Series S and their next-gen power not just with better graphics and performance, but new features. And to this end, EA teases the game will have massive battles and more players in a match than ever before.

While EA is talking about the next-gen versions of the game, it still hasn't confirmed if the game will be available on PS4 and Xbox One. If it is, it sounds like it will be far the inferior version. That said, the development of the game is going well, in fact, it's charting ahead of its milestones, which is surprising given the context of the pandemic and how much disruption it has caused to the development of games.

Lastly, EA briefly threw out some marketing speak, teasing the "return to full-out military warfare," new levels of immersion, and taking things to the next level. And this is where the details end, but again, it sounds like much more will be revealed in the next few months.

More like 4 than 1+5 please. Very excited for what the next battlefield will be.

Battlefield better bring something really good to the table if they expect to get out of the hole they have been digging. Simple don't do another battlefield 5 mishap, and be sure to actually listen to the community.

More towards spring time not bad.