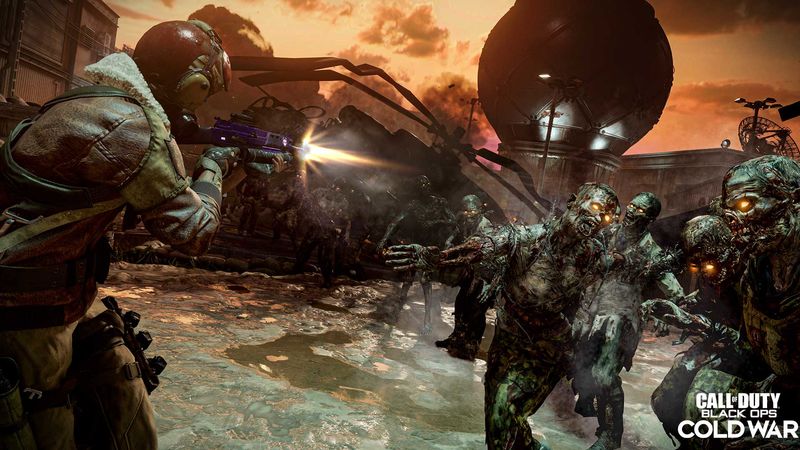 3.6
On February 4th, Call of Duty: Black Ops Cold War will debut its brand new Zombies map, Firebase Z. This new map will be the second one released for Cold War, and it will continue the Dark Aether storyline that was started in Die Maschine. Players have been looking forward to digging into this new map since it was announced, and that day will come later this week. To help hold everyone over until then, Call of Duty has released a new video featuring footage from the map, and some of the Zombies developers breaking it all down.

The video, which you can watch below, was posted to Call of Duty's social media channels on Tuesday afternoon. It confirms the location of Firebase Z, the fact that it's a direct follow-up to Die Maschine, and the return of Samantha Maxis. Take a look!

Get an inside look at #FirebaseZ with veterans of the Treyarch Zombies team: Corky Lehmkuhl, Craig Houston, Anthony Saunders, Collin Ayers, and Mark Maestas.


Firebase Z takes place in Vietnam, which makes sense given the overall setting of Black Ops Cold War. In fact, depending on what choices you made during the final mission of the campaign, you might have already seen some zombies pop up in the jungles of Vietnam.

The developers also explain that this map will take a deep dive into the story of Samantha Maxis, who has been a recurring character in the Zombies saga since the earlier Black Ops games. There's no telling how her story will come together with this current Dark Aether saga, but her arrival in the game was hinted at during Die Maschine.

Firebase Z will have one of the most dangerous monsters in the franchise to-date. This creation, which is shown in the video, disguises itself as high-level items on the ground, only to transform when you get close.