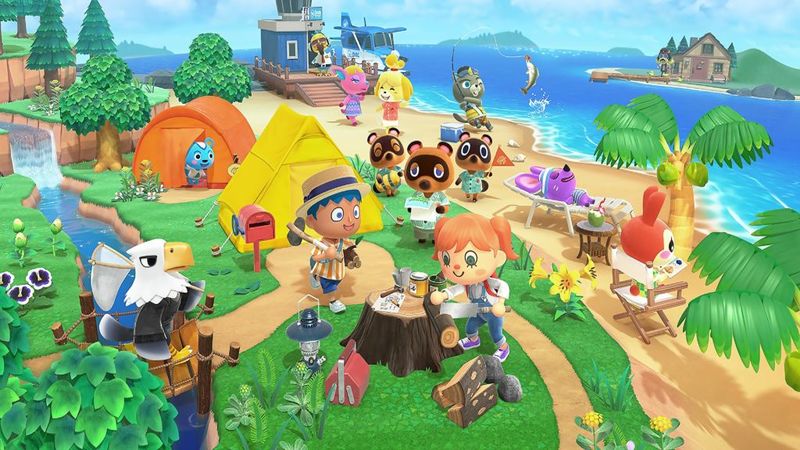 4.5
Animal Crossing: New Horizons‘ phenomenal first-year sales surpassed even the hardware that runs it during 2020.

According to Nintendo’s latest financial results, New Horizons has sold in 31.18 million copies as of December 31, 2020. In comparison, Nintendo Switch sold in 27.3m units during all of 2020 – and Animal Crossing didn’t release until March of the same year.

As noted by Niko Partners analyst Daniel Ahmad, the impressive figures suggest that up to 39% of Nintendo Switch owners have bought Animal Crossing.

It also means that New Horizons is on its way to tripling the lifetime cumulative sales of 12 million for Animal Crossing: New Leaf, which was the previous best-selling entry in the series.

New Horizons was the second-best selling physical game in Europe last year, and the third best-selling game in the US even without considering digital sales. 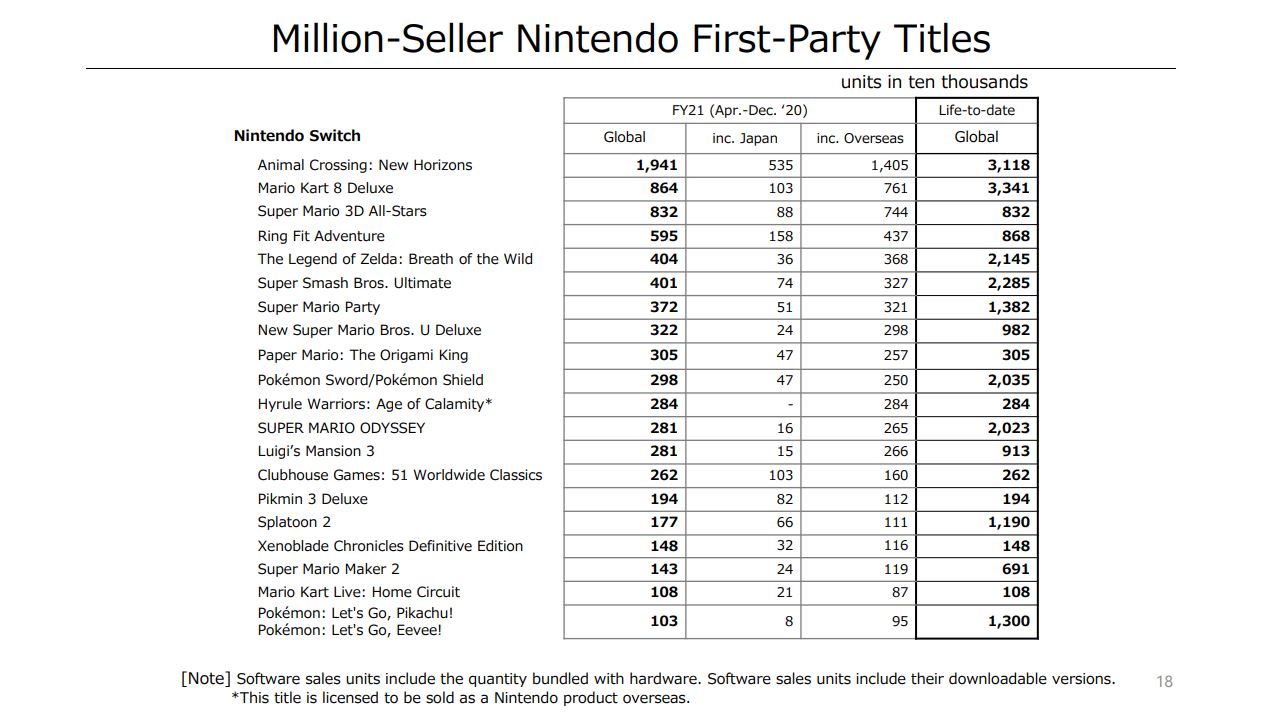 Animal Crossing remains the second highest-selling Nintendo Switch title to date – an achievement it managed in mere months – behind Mario Kart 8 Deluxe (33.41m), which itself continues to show sales momentum with a further 4.42m copies sold in the three months to December 31.

Nintendo previously claimed there was a high ratio of digital sales for New Horizons in multiple regions at release, averaging around 50% in Japan, the US and Europe.

In the wide-ranging presentation, Kyogoku reportedly told attendees that the key to the series’ 20-year popularity was its ability to make each instalment different enough from the last, while also retaining the core appeal of the series.

“While this is the real pleasure of developing a series, it is also the most difficult point,” she said, adding that the development team had realised over the years that Animal Crossing series “cannot be sustained without change.” 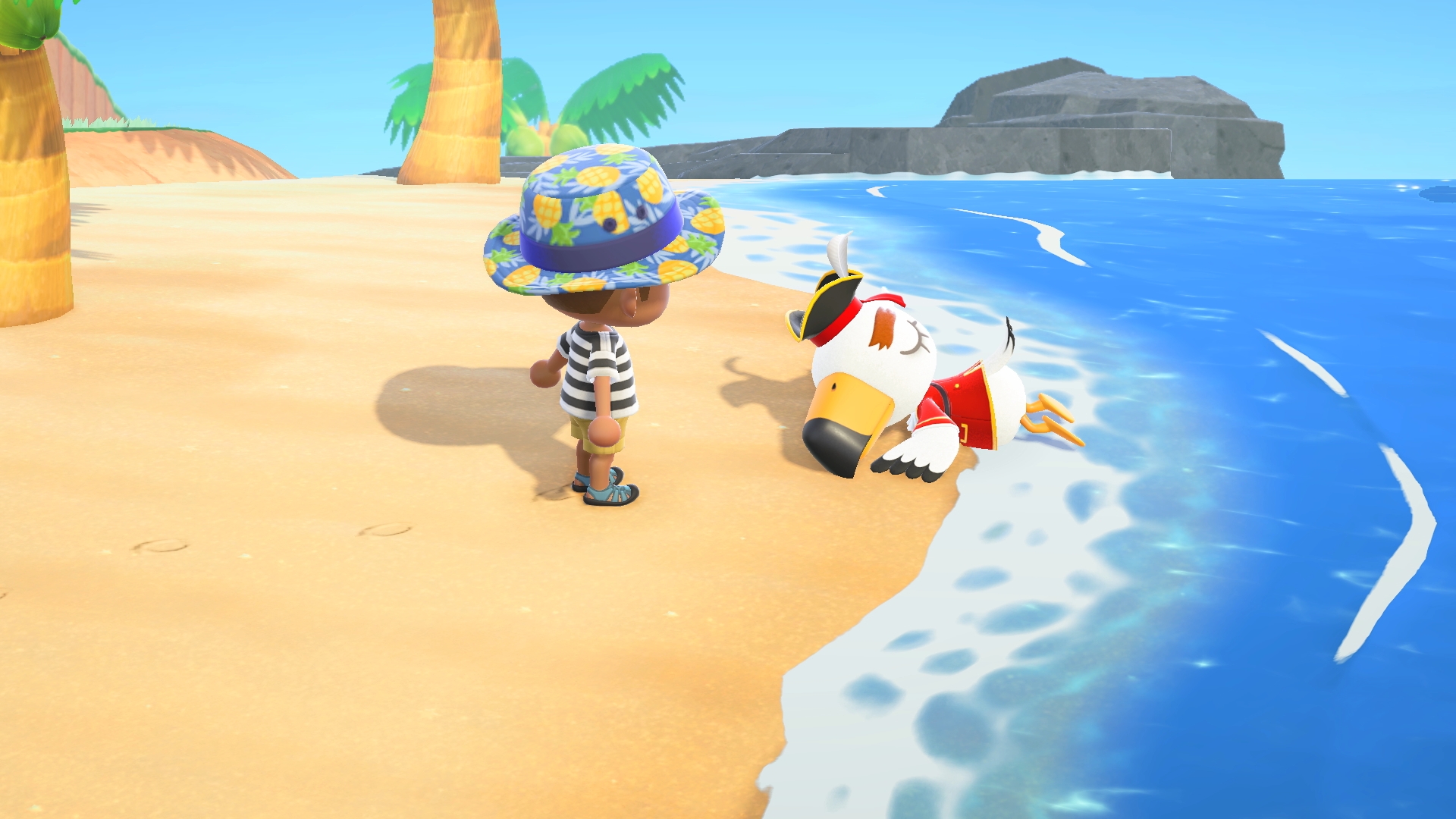 “Protecting IP is not synonymous with protecting product specifications from manuals. Games are entertainment, so you will definitely get tired of making the same things,” she explained.

“In order for the series to continue to exist as an IP and for many people to enjoy it for a long time, it is important to continue to challenge and change with the times.”

Reflecting on the series’ most recent instalment, Kyogoku said the key innovations were goals and achievements that changed with each phase of gameplay, and the ability for players to set their own goals via Nook Miles.

I haven't had a chance to play this game although I have heard a lot of good things about it. I used to play the old Animal Crossing on the DS when I was little so I might have to check this one out.

Loving the game so far. Mad to think it outsold the console though

Never got the chance to play the game yet but I keep hearing great things about it!

It's great they keep up with updates for players to keep looking forward to it.