The Medium Developer Explains the Tech Behind Dual Reality 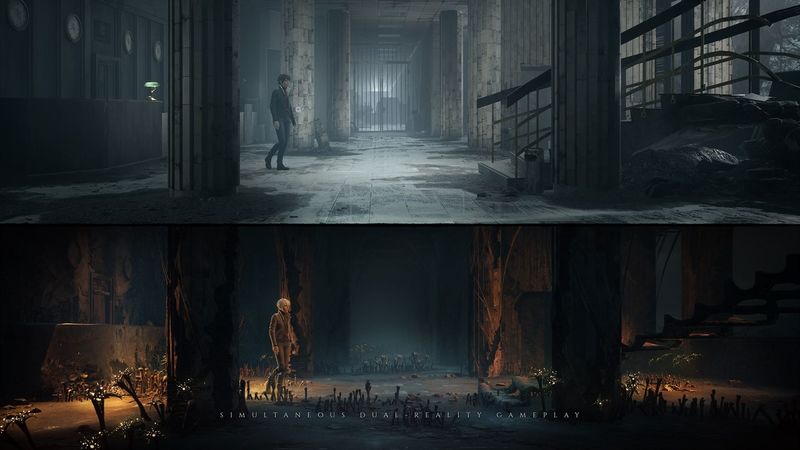 4.4
The Medium’s Dual Reality mechanic is easily the game’s biggest selling point, and a concept that is at the centre of the experience in terms of both gameplay and storytelling. Developers Bloober Team have explicitly said in the past that it is exactly because of the Dual Reality mechanic that a game like The Medium simply could not have been made on last gen hardware. You might be wondering, however- how exactly is it different from, say, a split-screen gameplay? Well, quite significantly, as it turns out.

In an update posted on Xbox Wire, The Medium’s producer, Jacek Zięba, said that what the psychological horror title does with dual reality is “much different than multiplayer split screen”, and went on to explain exactly how. Essentially, where split-screen games are showing two instances of the same location, in The Medium, the two worlds being shown off are completely different, each with their own unique assets, textures, models, lighting, and visual effects. This is much more demanding in terms of memory, storage, and rendering.

“Most other games that support split-screen display two different instances of the same location,” Zięba explained. “In The Medium, the real and the spirit worlds look completely different and use their own sets of graphical assets, such as models or textures. This is much more demanding in terms of memory, storage, and the rendering cost.”

“Additionally, such effects as motion blur or ambient occlusion need to be calculated and rendered twice,” he continued. “All in all, the game requires a significant amount of VRAM and fast storage, much faster than what was used in the previous generation of hardware. Although it might look similar in screenshots or trailers, technically speaking the game’s dual reality simply works differently and is much more demanding power-wise than ‘ordinary’ split-screen.”

The demanding nature of The Medium’s dual reality gameplay is something the developers have touched on before as well. For instance, it’s because of this mechanic that its system requirements on PC are as hefty as they are.

The Medium is available now on Xbox Series X/S and PC. The horror title has already sold enough to completely recoup all development and marketing costs.

"The Medium Developer Explains the Tech Behind Dual Reality" :: Login/Create an Account :: 0 comments