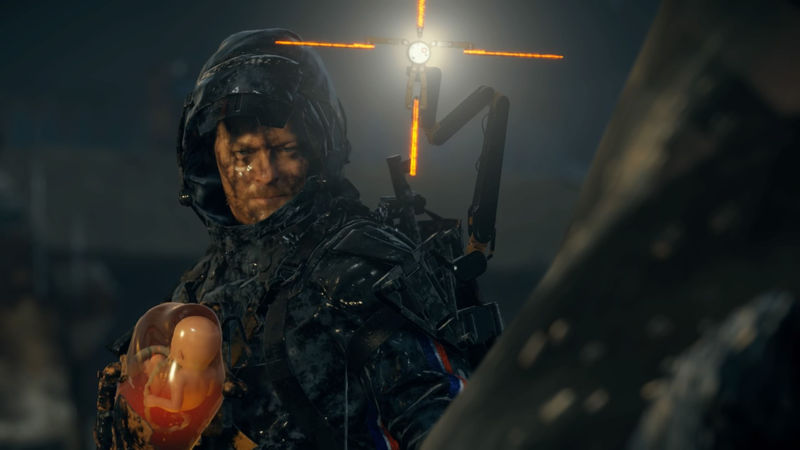 3.3
While nothing is officially announced, rumors have pointed to a potential re-release of Death Stranding with new content on PS4 and PS5.

Originally released in late 2019, Death Stranding brought players into a bizarre but captivating world of BBs, Beached Things, and naked Norman Reedus. Of course, that’s what we’ve come to expect at this point from Hideo Kojima, and for those that may have missed out on playing the title the first time around, there may be the chance of playing it with next-gen hardware behind it sometime in the future, according to recent rumors.

These rumors come by way of ResetEra, where user Navtra suggested that it “might be worth it to wait a lil bit” for those that haven’t played the game yet on PS4 or PC, and suggested that an expanded release for Death Stranding is in the works or PS4 and PS5. Additionally, they also clarified that this release would seemingly feature brand new story additions that would be likely be paid content versus a free update for existing players. Navtra has reportedly shared some early info before on titles such as Final Fantasy XVI and its timed exclusivity on PS5, along with detailing some of the games that were shown in last year’s “PS5: The Future of Gaming” event by Sony, lending some credibility to their claims.

Naturally, as with any rumor it’s worth taking everything with a reasonable degree of salt. However, an expanded release for Death Stranding wouldn’t necessarily be too much of a surprise, considering that several of Kojima’s past titles (including a few in the Metal Gear Solid series) saw expanded re-releases later on. The game’s PC release last year had a few new feature additions and new content, though from the sound of things, it’s possible that the expanded release of Death Stranding could incorporate more substantial new content since it was first released.

At this point there’s no firm evidence just yet that we’ll get an expanded release of Death Stranding for PS4 and PS5, so for now we’ll have to wait for official confirmation from either Sony or Kojima Productions. Until then, you can always bide your time for the re-release and watch the “Princess Beach” scene over and over again and imagine what it will look like with the PS5’s visual splendor.

Death Stranding is available now on PS4 and PC.