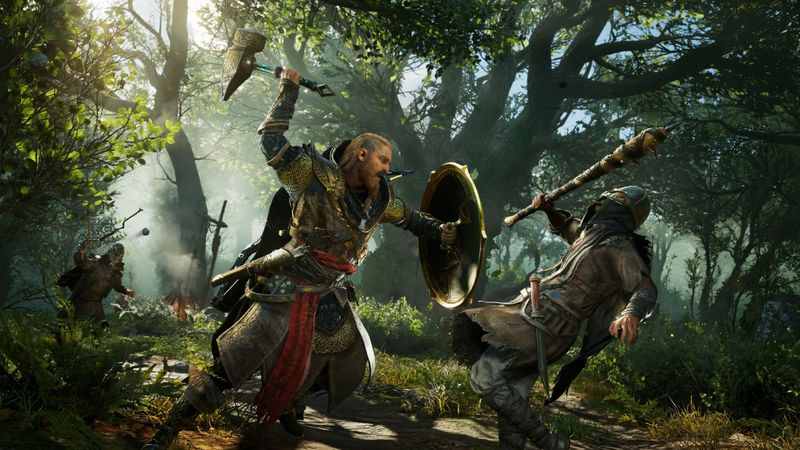 3.8
Assassin's Creed Valhalla just got a pair of hotfixes that should help you finish up some outstanding quests if they were glitched before.

The new January 25 hotfixes address two problems: the first could leave you unable to interact with Tove after finishing the "Carrying the Torch" quest, and the second could make it impossible to move the shelves during "The Odor at the Tithe" - both could stop you in your tracks for that particular questline.

1. Create a manual save
2. Close & relaunch the game
3. Load the created save
4. Eivor should now be able to interact with Tove or move the shelves respectively.

Note: If a load action is performed before interacting with Tove or the shelves, relaunch the game application. (2/2)


Now that the hotfixes are out, you'll need to follow some specific steps to make sure you get them loaded into your game in time for you to use them. Here's the step-by-step walkthrough from Ubisoft:

2. Close the game, then relaunch it (don't just put it in standby mode)

3. Load the manual save you just made.

If you did that right, Eivor should now be able to talk to Tove or move the shelves. Be aware that you'll need to re-launch the game again if you load another save before talking to Tove or interacting with the troublesome shelving.

The hotfixes arrived soon after Valhalla players discovered a powerful weapon waiting in a very strange place: make sure you check out our guide on how to get the Assassin's Creed Valhalla Nodens Arc bow to go snag it - especially since it seems like this particular method may be a bit of a glitch just waiting for a hotfix itself.