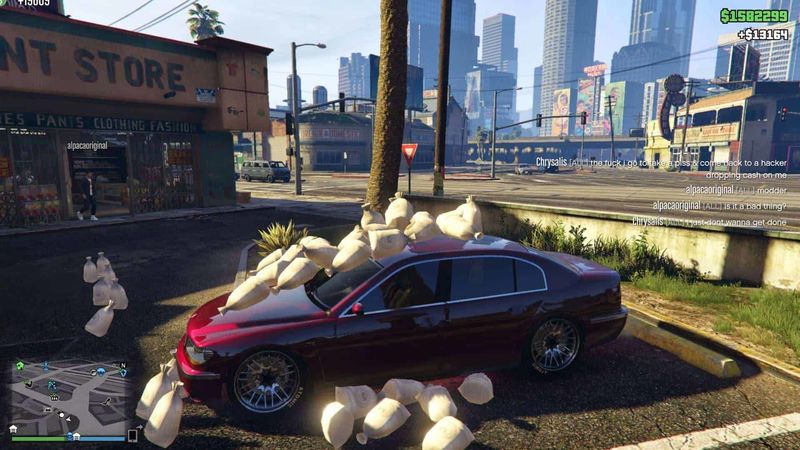 3.6
A well-known site that specialized in selling cheats for the popular online game GTA Online has shut down following "discussions" from publisher Take-Two. As reported by Eurogamer, LunaCheats now contains a single text message, saying that the site will "immediately cease all maintenance, development, and distribution of our cheat menu services." The message goes on to say that the site will donate all proceeds of its hacks to a charity designated by Take-Two.

Despite being released almost a decade ago, GTA Online continues to maintain its position as one of the most popular games in the world. GTA Online will get a standalone release for PS5 and Xbox Series X sometime in the second half of 2021, with special content exclusive to those versions of the game.

Popular online games like GTA Online have always had their cheaters, but big-name video game companies have been mounting legal campaigns against major cheating sites over the past few months, with Call of Duty cheaters being a particular focus. Activision shut down the notable cheats site GatorCheats with a series of cease-and-desist letters, but that didn't stop a team from getting removed from a $250,000 Call of Duty tournament after being caught cheating. Recently, both Riot and Bungie sued cheat-peddlers for Destiny 2 and Valorant.

The problem isn't limited to online shooters, either. The Pokemon Company recently announced that it will crack down on players who use hacked Pokemon in online battles in Sword and Shield. Similarly, the battle royale hit Fall Guys had to introduce several patches to deal with the game's rampant cheaters, and the same happened to the hidden role game Among Us.

god damn it i had luna.
Best menu out there

TheRealMark It literally kills games off

What does? (Cheats or Rockstar removing them) Missing some context here.

It literally kills games off

The cheats have lasted so long in the game, I'm surprised they added some heat.