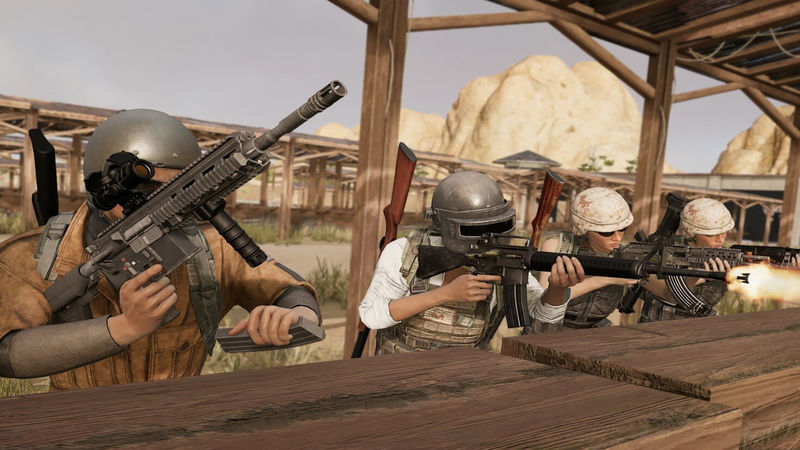 3.6
PlayerUnknown’s Battlegrounds players who have the game on PlayStation and Xbox consoles just recently got an update that made some helpful updates to the game’s inventory system. While PC players benefit from the point-and-click method of managing inventories, console players occasionally find themselves taking a few more steps to get things exactly as they want them when moving around attachments and other items. The changes made to the console version’s inventory system should help alleviate some of those frustrations that come with it by adding shortcuts like a “Quick Pick-Up” feature among other changes.

The update in question went out this week for PUBG players on the consoles, so everyone playing on a PlayStation 4, Xbox One, or the next-gen versions of either console should be able to benefit from the changes now. While the update did a number of things like adding a new vehicle and adjusting parts of how the ranked mode worked, the main difference here that set it apart from the PC version was the inventory update.

“To maximize PUBG’s strategy and the core fun of the Battle Royale, we continue to make improvements, including reducing the steps of unnecessary controls in console PUBG gameplay,” the patch notes for the PUBG update said. “The ‘Auto Attachment Options’, ‘Controller Preset C’ and ‘Custom Key Binding’, which were updated in the past, are good examples. We hope that the ‘Inventory Improvement’ will also be an update that will satisfy the survivors.”

Below are all the details pertaining to the inventory update courtesy of the latest PUBG patch notes for console users:


Keep the existing movement controls and added grid controls
You can navigate around the inventory from right to left and top to bottom with the D-pad and R-stick.

You can quickly adjust the number of items you wish to pick-up/drop by using the R-stick.

Swapping from main weapon 1 to 2 can easily be done by selecting the new ‘Weapon slot change’ key.

Displays all attachment slots regardless of weapon type, and intuitively displays the availability of specific slots.

Button guide improvements
Button guides are displayed at the bottom of the inventory in the same location and content.

Good they are improving the inventory system.

Adding bots killed this game completely for me. Last game I played had 83 bots on Xbox 2 days ago, if I wanted that I'd play the free mobile game