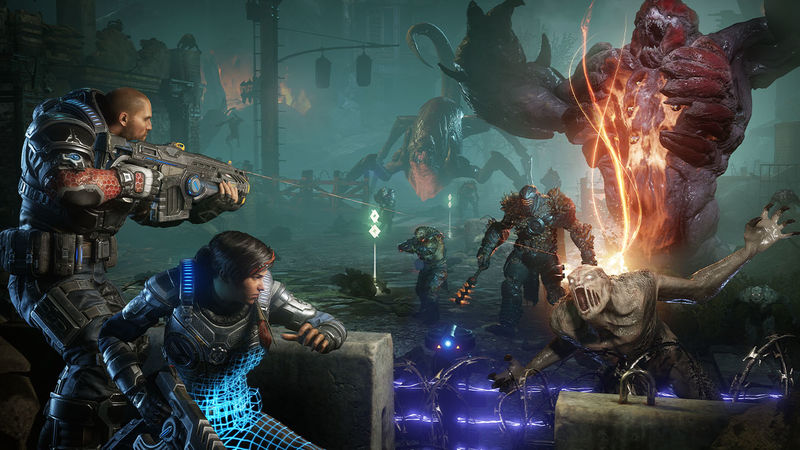 4.5
Microsoft has revealed the latest Games With Gold titles that are coming in February, with Gears 5 and Resident Evil headlining the roster.

While we’re only a month into 2021, Xbox owners have had some good games to start the year with across Microsoft’s various services. Xbox Game Pass has delivered plenty of big titles alongside Games With Gold, and now Microsoft has given a look at what’s ahead for the free games that users can pick up in February via Games With Gold.

In an update on Xbox Wire, Microsoft officially revealed the lineup of Games With Gold titles for February 2021, with five games being offered for Xbox Live Gold subscribers next month. Specifically, the lineup is headline by Gears 5, Dandara: Trials of Fear Edition, and Resident Evil, alongside two backward compatible classics, Indiana Jones and the Emperor’s Tomb and Lost Planet 2. Altogether, Microsoft noted that next month’s offerings total nearly $105 in value and have a combined Gamerscore of 4150.

Xbox Live Gold and Xbox Game Pass Ultimate members, start the month of February off with Resident Evil, Gears 5 and Indiana Jones and the Emperor’s Tomb - yours to download and play with #GamesWithGold https://t.co/h4vBC43jmZ


Overall this marks a pretty strong month for Games With Gold, as Gears 5 will likely be a big draw for a lot of players that haven’t jumped into the latest chapter of the Gears franchise. Also, Resident Evil‘s inclusion is timely with the recent reveals for Resident Evil: Village, and Indiana Jones and the Emperor’s Tomb is likely to give players a good old-fashioned adventure after it was announced that Bethesda and MachineGames will be making an Indiana Jones game.

Some great games coming with gold.
I have always wanted to try gears 5/ resident evil and this will be the perfect time.

Some decent games on there this month, Gears 5 I will be trying.

Gears 5 may be the first title I've seen since GwG came out that I would actually recommend everyone to try if they haven't, only thing is if you haven't already tried it by now, it prob isn't your cup of tea. But I would like to see more of these games gg Xbox