Resident Evil: Village Releases in May 2021 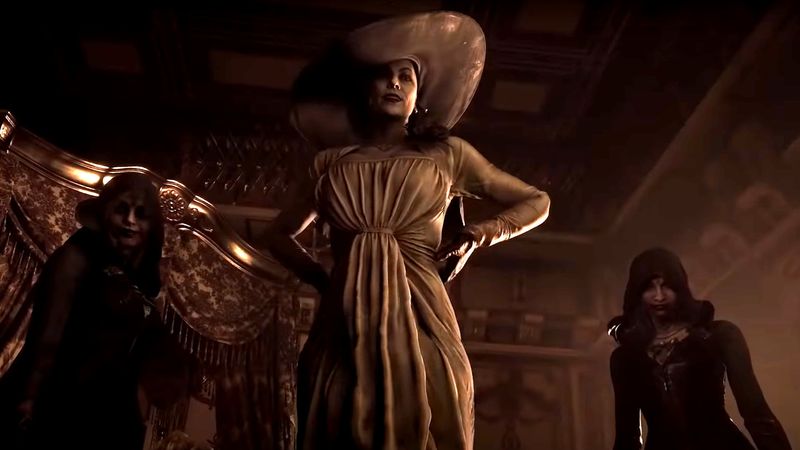 4.5
During the official RE Showcase, Capcom confirmed that Resident Evil: Village is arriving this spring with PS4 and Xbox One versions as well.

While this time around the series is trading its signature zombies for werewolves and vampires, Resident Evil: Village looks no less atmospheric and creepy than its predecessors. With the upcoming title set to release later this year, Capcom has given a closer look at what to expect from the series’ eighth installment and an official release date, which won’t be too far from now.

During the Resident Evil Showcase, Capcom officially announced that Resident Evil: Village will release on May 7, 2021, putting the title in the thick of the spring release calendar. It was also confirmed during the Showcase that alongside the title’s release on PS5, Xbox Series X|S, and PC, Village will also be releasing for PS4 and Xbox One and offer free upgrades to the corresponding next-gen platforms.

Alongside the release date, the Showcase also gave us our first look at Resident Evil: Village in motion with new gameplay footage, which takes place directly after the events of Resident Evil VII: Biohazard. This time around players seem to be exploring a desolate mansion in the mountains, with Ethan Winters being pursued by a relentless group of vampires, including the very tall, attractive vampire lady that has caught the internet’s attention in the past week.

The gameplay footage also showed some of the new features coming to Village, including an inventory system reminiscent of Resident Evil 4 and item crafting. Village will also have its own merchant that players will encounter named The Duke, but it seems a bit dubious whether or not he’s actually on Ethan’s side. There’s likely a lot that fans will be able to unpack from the gameplay footage, so you can check out the entire Showcase livestream above to see it all for yourself.