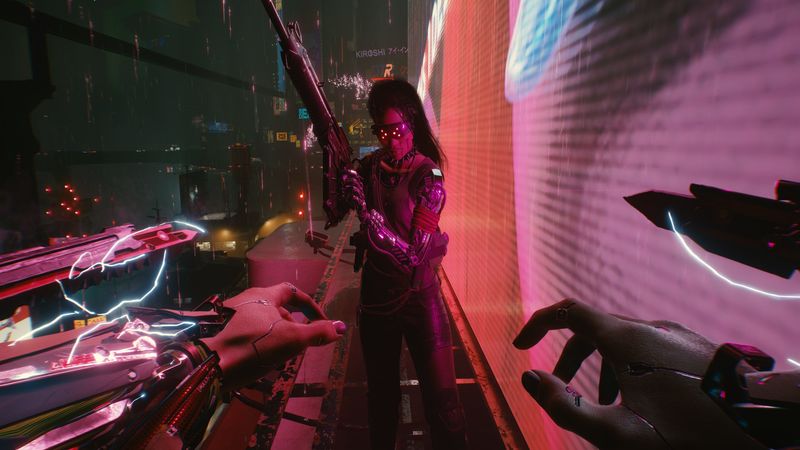 3.5
After a messy launch and more than its fair share of bugs, developers at CD Projekt Red have been hard at work issuing patches to address the game's most glaring issue. Yet hotfix 1.06, an important patch that launched just before Christmas for consoles and PC, has only just arrived for Stadia players, many of whom were counting the extra days they had to wait for the fix.

In a CDPR forum thread about the hotfix, disgruntled Stadia players counted the days since the hotfix launched on other platforms, with one commenter still suffering from the missing Dum Dum glitch that the hotfix addresses.

The hotfix has a number of extra bug fixes on Stadia, which may have been why the patch was so delayed on Google's game streaming platform. The Stadia-specific patch notes are as follows:

Improved driving mechanics for story NPCs while V's a passenger.
Fixed rare crashes upon loading near end-game saves, and repaired some of the previously broken saves.

Weapons should no longer get stuck when using gadgets (such as grenades) or shooting in quick succession.

Fixed the inability to reload weapons or use grenades and consumables.

Players on platforms who've had the 1.06 patch loaded for weeks are already waiting on the next 1.07 patch to arrive, which is expected by the end of January. The stakes are high for Cyberpunk 2077 developer CD Projekt Red, which is facing fines and lawsuits if upcoming patches don't sufficiently improve the game in a reasonable timeframe.

The company is now also dealing with a new report on Cyberpunk 2077's development process, which claims development didn't really begin until 2016, and that insiders didn't believe the game would be ready in time for announced release dates.