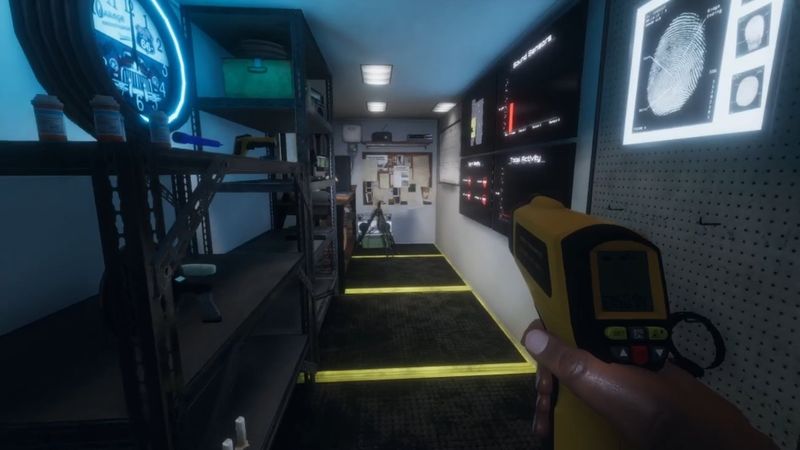 5
Phasmophobia developer Kinetic Games has been steadily offering more updates for the horror title, and the latest patch should bring about some welcome changes! Most notably, the new update has changed the range of the game's Parabolic Microphones. Previously, the microphones had a range of eight meters and a width of two meters. Those have now been increased to 10 and three, respectively. In perhaps an even more welcome change, Kinetic Games has also fixed a bug where ghosts could target and kill players outside! Full patch notes for these changes and more, direct from Kinetic Games, can be found below.

Changes
The Parabolic Microphones range has now been increased from 8 to 10 meters. The width has been increased from 2 to 3 meters.
Slightly reduced the temperature variations on the Thermometer.
Improved the ghosts pathfinding when it is searching your last location to prevent it from checking different floors.

While these fixes and changes don't seem to feature anything too drastic for Phasmophobia, reception to Kinetic Games' post on Twitter seems to be fairly positive. Today's update is indicative of the way that the developer continues to fine-tune the game in various ways, making for a more enjoyable experience. It will be interesting to see whether or not players will embrace these changes, and what the developer will add next to the horror game!

For those unfamiliar with Phasmophobia, the game is a four-player online co-op game that can be played in VR. In the game, players enter haunted locations, as they search for evidence to decipher which ghost is behind the paranormal occurrences. The game released in early access back in September, and quickly became a favorite on Twitch. Updates such as the one released today should help the game continue to draw in new audiences!

Iv seen many people play this. I just keep forgetting to buy it.