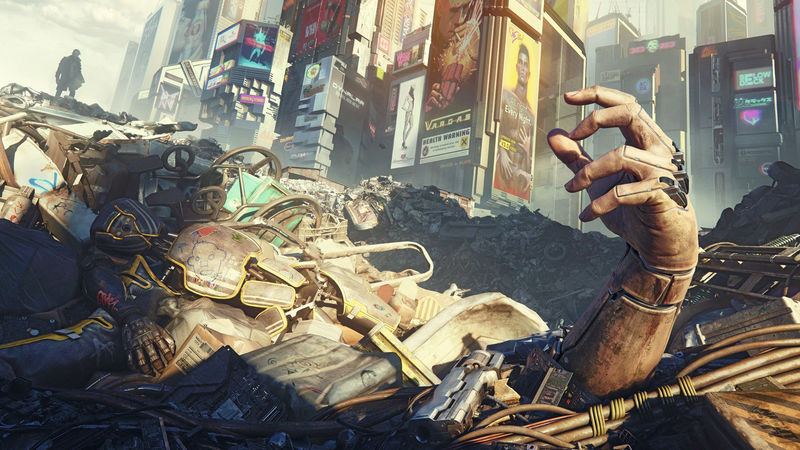 4.8
CD Projekt Red studio head Adam Badowski spoke out against the criticisms lodged against Cyberpunk 2077 by a recent Bloomberg report.

Adam Badowski, the head of studio CD Projekt Red, has put out an official statement against the recent report written by Jason Schreier
from Bloomberg. The report itself detailed the various development issues Cyberpunk 2077 has faced over the past years, with details provided by former and current employees who remained anonymous.

Judging from Badowski’s response, however, he’s taken issue with several of the points brought up in said report. The studio head responded to a few of them in a long response posted on his personal Twitter account:

I’ve read your piece and tweets, thank you for the read. I have some thoughts. https://t.co/T3qACdrnwM pic.twitter.com/wuzy5lXoqQ 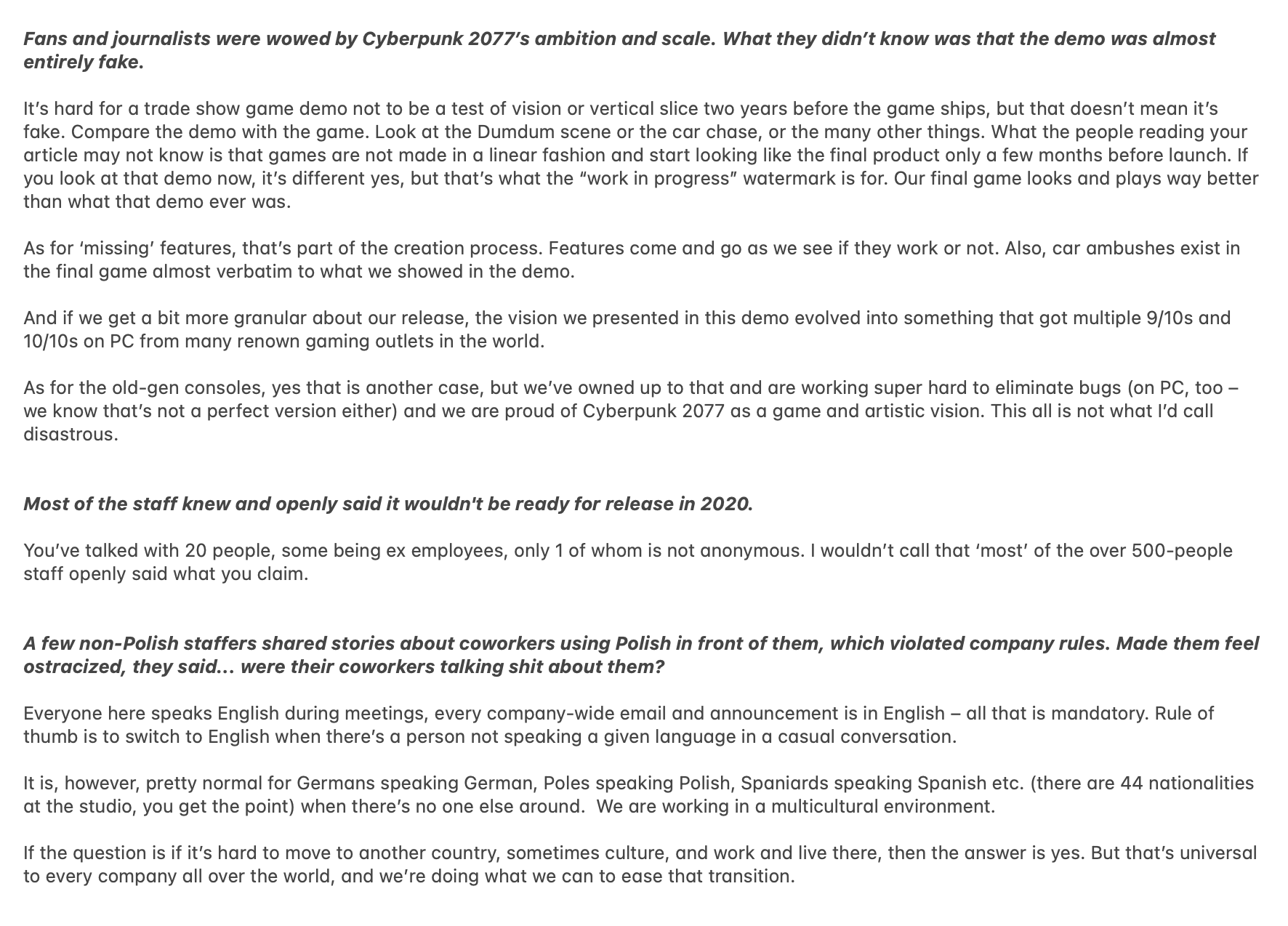 Badowski first addressed the claim that the E3 2018 trailer and demo was faked by stating that a finished project having significant changes compared to earlier versions is commonplace, and is covered by the “work in progress” watermark but that the finished game looks and plays far better than that demo. He also stated that many of the promised features made it into the game anyway and that he’s proud of Cyberpunk 2077 as their artistic vision.

He then moved on to cast doubt on the claim of Cyberpunk 2077 not being ready for release in 2020 by rebutting that speaking to 20 people was not enough to gain a full picture of the situation, especially out of 500+ employees. Finally he extrapolated on the company policy by stated that only mandated staffers were required to speak English during meetings, company wide emails, and announcements. But that other languages could be spoken elsewhere and during non business related matters.

The report referenced in this rebuttal followed the public apology made by one of CD Projekt Red’s co-founders, Marcin Iwiński, on Twitter last week. The studio is currently facing two possible lawsuits: the New York Times reported that the studio behind Cyberpunk 2077 could be facing a lawsuit from a regulatory filing from Warsaw, Poland. Now according to Kotaku, another lawsuit is brewing against CD Projekt Red — this one originating from the US.

The launch of Cyberpunk 2077 has been riddled with controversy and bugs, with the first update being introduced last week that fixed some issues. The most notable of these problems saw player’s save files corrupt if they reached over 8MB but fortunately Cyberpunk 2077’s latest patch (1.06) has removed the PC version’s 8MB save file limit. This is good news going forward, however, for those who had already lost their saves, CD Projekt Red says that unfortunately “this won’t fix save files corrupted before the update.”

Alongside the bugs that plagued its launch, Liana Ruppert from GameInformer suffered a major seizure while playing the game. This was due to light patterns similar to those used by neurologists to help induce seizures in patients. It was also later noted that the game didn’t have a clear epilepsy warning at the start of gameplay, something which has now been remedied.

This same RPG has seen its share of other controversies even before launch with reports of transphobia, and crunch culture, as well as the studio also refusing to share information about the game’s accessibility. Read up on why we think CD Projekt Red should have confirmed Cyberpunk 2077′s accessibility options sooner.

According to a new report from the Bloomberg, executives at CD Projekt took responsibility for the buggy release of Cyberpunk 2077 and told staff that they will receive their full bonuses no matter how the game is reviewed. Previously, the developers were told they would receive extra pay based on the game’s aggregated critical performance represented by Metacritic.

A report released by Bloomberg found that the game’s glitches and rocky launch have cost the founders of CD Projekt Red over $1 billion. Over the course of the past week, the company’s stock has plummeted, although not to record lows. That being said in a note to investors, CD Projekt Red’s Management Board has stated that the game has sold a further five million copies on top of the 8 million preorder sales, bringing the total units sold to over 13 million. This figure takes into account “returns submitted by retail clients in brick-and-mortar as well as digital storefronts.”

Cyberpunk 2077 is currently available for PC, Xbox One, and Google Stadia. As for PS4, retail copies are still around but Sony has removed the game from the PSN Store.