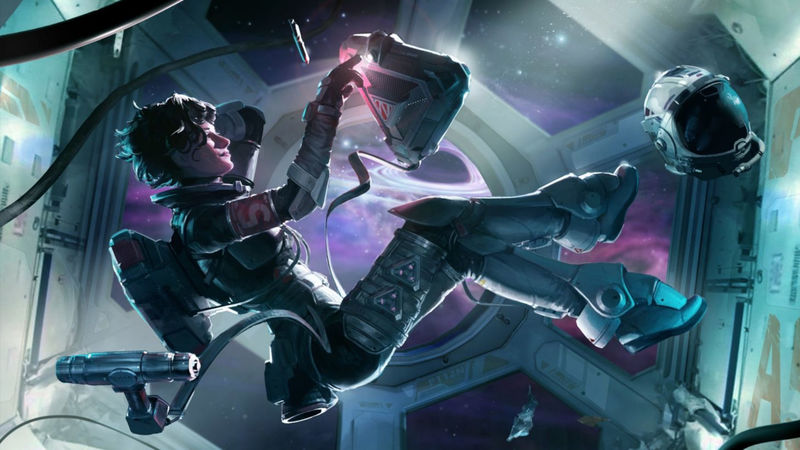 3.8
Apex Legends’ Season 7 competitor, Horizon, is getting a nerf in Season 8, but what that nerf looks like remains to be seen at the moment. Addressing some players’ comments about win rates and other common signs of Legends performing well, Respawn Entertainment has essentially confirmed that the Legend will indeed be nerfed next season. Season 8 of Apex Legends is supposed to start some time in February, so it’ll be a few more weeks before we see whatever nerf is decided on implemented into the game.

Respawn Entertainment’s associate live balance designer John “JayBiebs” Larson replied to a post on Reddit where a user pointed out how Horizon had reached an impressive win rate. Horizon has supposedly surpassed Wraith as far as win rates go, though the user didn’t provide a source for that info.

Win rates alone aren’t always indicative of what needs to be nerfed given how there are plenty of other factors to consider like pick rates, but Horizon is getting nerfed regardless of how accurate the claim might be. Larson responded to the post to say it’s a safe bet that Horizon will get nerfed in Season 8, and from the sounds of things, it seems likely it’ll be her Gravity Lift ability that takes a hit.

“It’s safe to say she’ll be getting nerfed, but how we do that is important,” Larson said. “I’m adamant about not gutting her kit; the synergy between her passive and tactical is awesome. Looking at her tactical alone there are all sorts of dials we can turn including vertical lift speed, horizontal speed/acceleration, ejection speed/time, cool down, weapon accuracy, and the list goes on. You name it we got it, but some changes are easier to tweak, test, and iterate on than others. It’s a work in progress but staying true to her design intent and how it feels to play as her is something at the forefront of our balancing conversations.”

While actual numbers for the win rates weren’t discussed, Larson confirmed that Horizon is right up there alongside Wraith now. In fact, he said the two are both “head and shoulders above everyone else.” Wraith has been the top-tier pick for a long time now as one of the only Legends that has remained so viable despite nerfs and other adjustments.

In case some are wondering about how strong Respawn Entertainment imagined Horizon being at launch, Larson said it was a “deliberate goal” to make the Legend strong at release. How that power will be toned down in Season 8 remains to be seen, but we’ll see what’s planned once the next season’s patch notes are unveiled if not before then.