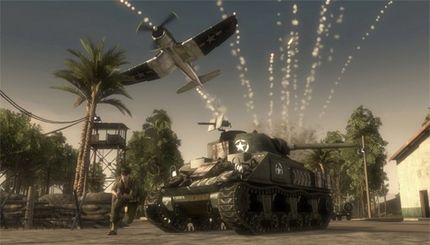 Battlefield 1943 was an instant hit. We know this because we could barely play for the first few days the game was available. That didn't stop others, however, who managed to get into games and get with the killing. DICE's Gordon Van Dyke recently left an update on the official game forums, stating that players managed to get over five million kills on the game's first day of release. We imagine over half of those were people who had no business being in that airplane to begin with.
Oh, and for you kids keeping count and anxiously awaiting the new Coral Sea map, it looks like it'll be available sometime this week on Xbox 360. PS3 players will likely have to wait a while, as they're lagging behind big time in the kills.