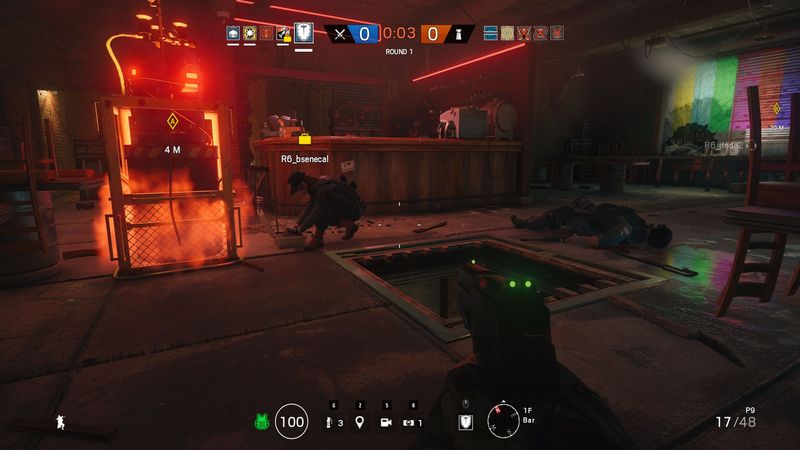 3.8
When you run into cheaters in Rainbow Six Siege, they’re usually running some combination of aimbot, wallhack, or DDoS routine, all of which are fairly straightforward ways to get easier kills and keep losses off their records. But at least one player has encountered a hack that lets the cheater alter their opponent’s team composition by switching operators after team selection.

A Croatian Siege player who goes by Lakii posted video to Twitter Saturday that seems to show their chosen operator being involuntarily switched out for another by a member of the opposing team. Playing on the defending team, Lakii picks Caveira, locking the selection in on the ready up screen.

Then he gets a chat message from a player who goes by (of course) LOLXDFUNNYMEME.

The screen darkens, and Caveira is pulled out of the lineup, only to be replaced by Bandit.

The audio in the clip is basically a couple players incredulously giggling at what they’re seeing, and sure – it is pretty funny to see in an isolated clip online. But if this is a cheat that players can get their hands on, it’s a pretty huge problem for obvious reasons.

so apparently cheaters can change your operators now @UbisoftSupport pic.twitter.com/2tnbFnpRWZ


Lakii tagged Ubisoft Support in the tweet, which would seem to indicate this isn’t some prank meant to get internet clout. In a follow-up, Lakii says he ran into the player in Ranked mode again afterwards, and found LOLXDFUNNYMEME could also change skin selections for other players, even granting access to developer skins.

So far, this doesn’t seem to be a widespread phenomena, at least not yet. And that may be because it’s a risky time to be a Rainbow Six Siege cheater. Players responsible for DDoS attacks designed to shutdown matches, for instance, are facing permanent bans under Ubisoft’s latest anti-cheating crackdown.

This is a much more sophisticated cheat, since it necessarily involves accessing backend elements of the game and controlling aspects of it that are handled on the server side. By that same token, though, it’s theoretically easier to track down and squash.

Damn this would be horrible, it already sucks dying to cheaters online but even worse them changing your character!

Just shows how terrible there anti cheat is, they really need to upgrade it by a mile